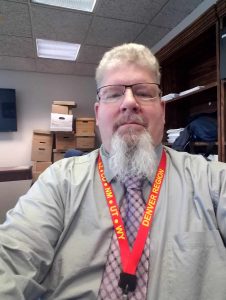 By Robert Helmig – July 14, 2022
In my humble opinion, as a former state president and postal worker, it’s my honor to endorse John Marcotte as the choice for National President of the APWU.

He will work to correct the many issues facing the members today. Working with headquarters to correct the abhorrent behavior of some managers across the country as they bully the members. This is a national tragedy that requires the national officers to do their job and John will hold management accountable instead of telling local officers to… Just grieve it. Especially when it takes years for grievances to be adjudicated.

John is a man of integrity and action. I believe that if you, the members, vote for John Marcotte, he will make the members proud.