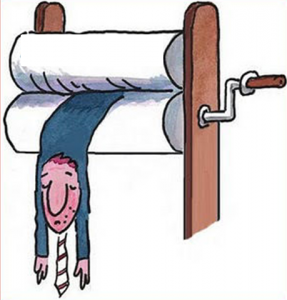 We have an MVS driver they are putting through the wringer due to a fender bender. It seems they cannot dream of enough medical testing to put him through to be deemed fit for duty. So far he has been subjected to see his physician, have an MLST sleep study done, a cardiac workup including an exercise stress test performed, many labs and a neurologic evaluation. He has passed them all including his DOT renewal.  Now they want a CAT Scan with dye and he does not want to have the dye or extra radiation so they placed in in an off-duty non-pay status for failure to complete a fitness for duty testing.  When is enough…enough??

They want to fire him since he is over 65 so they are going to keep testing him until he finally fails a test!!  I think he has a great lawsuit and could walk away with a very large settlement. He does not want the dye… what if he was a Jehovah Witness and did not want any blood work done??  This seems to be the new “early out” system for aging truck drivers!!! Any suggestion?????