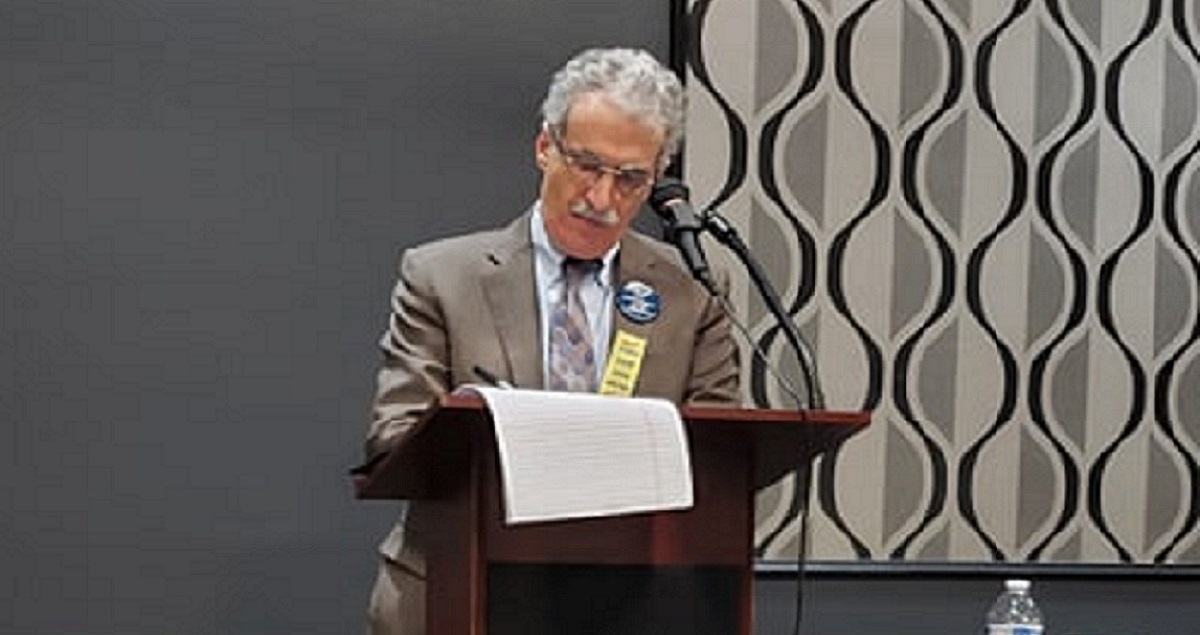 This is the final version of my NPC notes that I took. I limited my original notes in order to get them out to a few of my members as soon as I could. I have added Vance Zimmerman’s address to the NPC along with a few opinions. Again, I apologize in advance for any errors or mistakes as these were my notes and my recollection as the comments were being made at the podium or microphones. It is important that I mention how dedicated these NPC delegates are to the issues of helping our membership around the country. I applaud the work they do at these NPCs as this is one of the most important events the APWU has to educate local Presidents.

Since the Agenda Items are on the NPC’s website and the discussions are to help local Presidents, I will limit the agenda Items to only basic subject matters.

NOTE: There were additional topic discussed but the majority of items are listed below.

Reported that they had Impasse a few days ago and it looks as though we will be going to arbitration.

Zimmerman reported that we had replaced our previous Lead Economist with a new team lead by Robert Palmer and the he believes that this will be an upgrade.

Zimmerman stated that managements offer at Impasse were to strip the rights of our members in each craft. Zimmerman stated that he was insulted by their offer. Zimmerman’s demeanor immediately became agitated when discussing management’s offer. The agitation led to anger about the way management was not bargaining in good faith. All the anger subsided when Zimmerman picked up a Snickers candy bar and took a bite. It reminded me of Betty White and Abe Vigoda in the Snickers commercial where it states, “Your Just Not You When You’re Hungry!”

Brother Dimondstein started off by saying controversy is a healthy thing, and that he was happy to be speaking and answering questions at the NPC.

Some of the topics Dimondstein discussed

Stated “This is an Imperfect Leader”

Stated there are three ways to get a contract

Stated “Negotiations are never easy, they are always difficult”

“It’s about Power and Leverage”

“Impacted by the times”

Positive issues – such as teacher uprising

What is the Interest of each party at the national level

Spoke of the worst APWU contract arbitration we had in the past.

We are not negotiating with ourselves

Stated that previous administrations had published the tentative agreements prior to the Rank and File receiving them. He may have done it differently if he could do it over.

“At Impasse our lawyer did a terrible job”

We have a new economic team for the APWU

After the Rank and File rejected the tentative agreement, the APWU tried hard to get a plan B, but didn’t happen.

Next week the parties will invoke Mediation

It normally takes 10-14 months for Arbitration

All provisions of the Collective Bargaining Agreement are in effect and enforceable with the exception of the following two items:

NOTE: I personally made a motion (Sunday) for APWU National Craft Officers to address the NPC about what they knew about the Signed Tentative Agreements (TA’s) prior to Dimondstein and Zimmerman bringing the TA to the Rank and File Committee to be voted on. That Motion FAILED! The same motion was PASSED (Monday) and later WITHDRAWN (See Below). It is my opinion that had Craft Officers been able to address the NPC, more information would have been provided to our membership. We could have then learned what mistakes were made in order to prevent them from happening in future contract negotiations.

Dimondstein stated: “I did for the most part everything correctly” and “Negotiations can be fragile and delicate”

Was asked about whether all of the signed tentative agreements will be brought into Arbitration. Dimondstein stated that Management and Zimmerman withdrew some of the signed TA’s and the remaining will probably be included in Arbitration. No timeline has been set for Arbitration. It is possible for the arbitrator to ask for all signed TA’s but the USPS and APWU will fight only to allow the ones that weren’t withdrawn.

Dimondstein was asked to give specific date that the Craft Officers were informed of the signed Tentative Agreements but he could not answer with a specific date. He stated “Craft Directors were at the craft tables” and “There has to be a balance between the Crafts and the Whole.” (I took the latter statement as meaning that having an agreement was more important than the Craft Officers agreeing with Dimondstein)

Once again there was a discussion as to whether the Craft Officers had been informed at all or what they were told about the agreement that was made.

Roscoe Woods from the 480-481 Area Local made a motion to allow the Clerk and Maintenance Craft Directors to speak on what they knew. Motion Passed with only one (1) verbal no vote (my local Union’s State President).

Dimondstein was asked if the Vice President was an active part of the Negotiating Committee as her name had not been brought up since Dimondstein began giving his presentation. Dimondstein stated that she was.

Dimondstein was asked about Health Plan Rates and negotiations. Dimondstein stated that the USPS wants to only pay 72%, they are currently at 73%. The APWU would like management’s percentage to be higher and we are negotiating to move the percentages up.

Dimondstein stated that the APWU is trying to get a Leadership Academy together and hopefully can have it ready in 4 to 6 months.

AJ Jones – Eastern Montgomery County PA Area Local spoke on issues of some on the Rank and File Committee, specifically that the TA’s were signed in September 2018, yet the committee was not consulted. The R&F Committee spent one week on lockdown but continued to be told that there was nothing to report. One day was allotted in advance for reviewing the signed tentative agreements, only after the committee arrived were they told that they could have more days to review and discuss them.

Many local Presidents came to the microphones and asked President Dimondstein to be the leader of the APWU and bring everyone together and heal the hurt feelings and mistrust at the National APWU Headquarters. In the spirit of trying to keep the negativity that had been festering since Dimondstein and Zimmerman had agreed to the tentative agreement, the NPC made a motion to keep Presidents from posting on Social Media about the NPC (Which many believed was not enforceable, nor a proper motion to make). However, the motion passed. (I just like most other local Presidents honored the NPC Motion)

Roscoe Woods came back to the microphone and withdrew his motion that the Clerk and Maintenance Craft Officers be able to speak about their knowledge of contract negotiations. The NPC Delegates never heard from the Clerk or Maintenance Craft Directors after that motion was withdrawn.

I asked Brother Dimondstein to bring up some issues in contract negotiations (Carriers working in the Clerk Craft, management contracting out APWU work and issues where Level 5 Mail Handlers making more than Level 6 Clerks). Other postal employees at lower level grades are making more than APWU represented crafts at higher grades and this must be addressed. I have long argued with National officers that yearly increases in our Health Plans eliminate pay wage increases for our membership. They seem to agree with me but nothing is ever done. Why Not?

Finally, I feel that Dimondstein and Zimmerman have gotten what they wanted in the first place, as arbitration won’t take place until after this year’s APWU election. Sadly, the damage may already be done, no matter who is in charge in 2020. I believe it is time for our leaders to actually step up and fight for our membership. We need to stop the givebacks in Contract Negotiations, the blatant contract abuses and harassment of employees on the workroom floor.