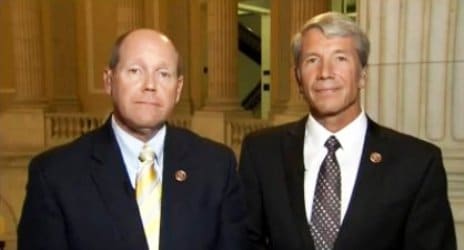 The Federal Employees Health Benefits Program serves more than eight million federal workers, retirees, and their families, costing taxpayers $45 billion annually. It has been largely identical since 1959…a time before the invention of the hand-held calculator, personal computer, and the Internet. The outdated law now imposes needless limits on the types of health plans that the FEHBP can offer, preventing workers, retirees, and their families from being able to take advantage of new innovations and health plan options that other large employers—including state and local governments—offer to provide affordable, high-quality benefits.

Fortunately, there is common ground on our need for change. The Congressional Budget Office recently found that on average, the cost of benefits, including health insurance, was 48 percent higher for federal civilian workers than for their private sector counterparts. Furthermore, a Health Affairs article found that in areas of the country where there was significant competition among health plans in FEHBP, premiums were more than 10 percent lower than where there was little competition. 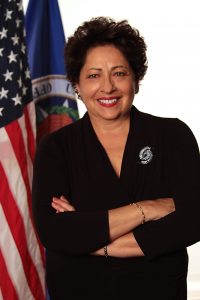 The Office of Personnel Management (OPM) has lamented “the competitive marketplace is not as robust as it should be” and warned that “the FEHBP lacks the flexibility to address these challenges and respond to the continuously changing market.” In a recent letter to Congress expressing support for action now, OPM Director Katherine Archuleta made clear that a legislative fix “will lead to lower premiums for Federal employees.” By allowing more choices for employees, the Congressional Budget Office has concluded that the FEHBP would save taxpayers $300 million over the next 10 years.

In his recent budget request for FY16, President Obama proposed giving the Office of Personnel Management (OPM), which oversees the FEHBP, greater flexibility to add modern types of health benefits plans to the program. This is the third year the President has requested this adjustment and prior to that, President George W. Bush also sent legislation to Congress to make the same change. By injecting competition and flexibility into the FEHB without allowing plans to cherry-pick consumers or discriminate against people in rural areas, we can make a good system even better. OPM’s deliberation and implementation of any changes would need to be thorough and carefully executed to ensure no adverse or unintended impacts occur to federal employees, but working together in a bipartisan, reasonable manner we can keep FEHB effective and in place for decades to come.

The American people are understandably frustrated by the lack of bipartisan action in Congress. Modernizing the federal health care system and saving taxpayer money is a goal that both parties can rally around and support this year.

We pledge to work together to bring the FEHBP into the 21st Century, so beneficiaries and taxpayers can benefit from the lower costs, improved value, and increased consumer choice that competition always brings to the marketplace.

via FEHBP modernization would improve service, save money | TheHill.