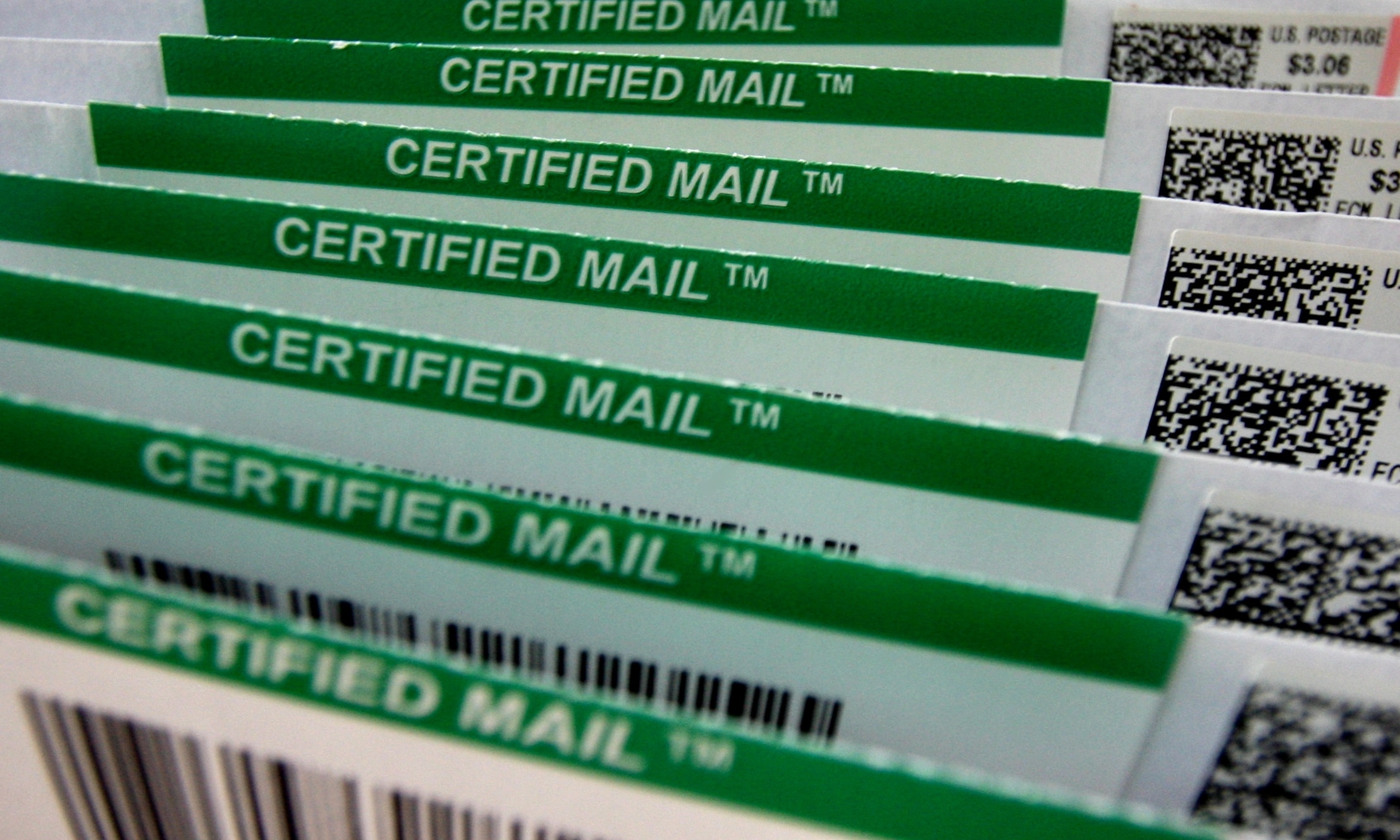 By Ben Winslow – January 7, 2018
SALT LAKE CITY — The state appeals court has overturned a ruling against a Juab County company because the Labor Commission sent a notice of violation via FedEx and not U.S. Postal Service.

In a ruling published Saturday night, the Utah Court of Appeals declared that you can’t call it “certified mail” unless you send it through the postal service.

The case centers around a 2016 safety violation citation issued to John Kuhni & Sons, an animal rendering plant near Levan, in central Utah. On Feb. 23, 2016, the Utah Labor Commission sent the citation to Kuhni & Sons via FedEx, the ruling states.

“There is no dispute that FedEx successfully delivered the Citation to Kuhni; indeed, one of Kuhni’s employees signed a receipt acknowledging delivery of the Citation on February 25, 2016, at 11:54 a.m,” Judge Ryan Harris wrote.

The citation had written notices about Kuhni & Sons’ right to appeal within 30 days. The ruling states the company didn’t formally contest the citation until June 6, 2016.

“Kuhni opposed the State’s motion, arguing that the thirty-day clock never started ticking because the State sent the Citation via FedEx rather than by ‘certified mail’ through the United States Postal Service,” Judge Harris wrote.

Kuhni & Sons’ argument went all the way to the Utah Court of Appeals, which sided with the company. Speaking for the three-judge panel in his ruling, Judge Harris acknowledged Kuhni’s argument is a technical one — but they are not wrong, he wrote.

“Because we are persuaded that the term ‘certified mail,’ as used in the relevant statute, encompasses only items sent via certified mail through the United States Postal Service, we hold that the State did not properly serve Kuhni when it sent the Citation to Kuhni via FedEx,” the ruling states.

The Utah Court of Appeals sent the case back to the Utah Labor Commission’s Appeals Board for consideration.