By Eric Yoder – March 31, 2016
Federal employee health-care plans will have to cover applied behavior analysis for children on the autism spectrum starting next year, and they are being encouraged to step up the incentives for enrollees to participate in wellness programs. 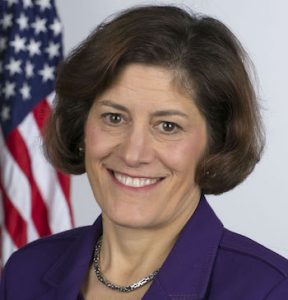 The Office of Personnel Management since 2013 has encouraged carriers in the Federal Employees Health Benefits Program to cover that treatment for children diagnosed with , but “coverage has been uneven for this intense one-on-one therapy that is becoming a leading form of treatment for these children,” acting director Beth Cobert said Thursday morning.

In a fact sheet, OPM said that coverage of applied behavior analysis is available through the FEHBP in 31 states. “We have reached a tipping point: if we are to assure that Federal employees are treated consistently across the country — and that our carriers are to compete fairly in the FEHBP market — it is necessary to require this coverage for all carriers,” it said.

Exact terms will vary among plans within a general mandate that all carriers offer clinically appropriate and medically necessary treatment. 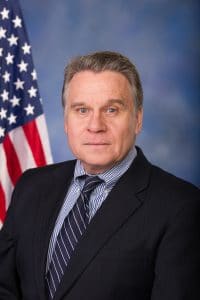 Rep. Chris Smith (R-N.J.), co-chair of the Congressional Autism Caucus, called the requirement “a milestone that will help ensure families across the country using ABA therapy will no longer have to pay the full out-of-pocket costs, and that public servants in every state will have access to an insurance plan that meets the needs of individuals on the spectrum.”

“We know that early diagnosis and intervention services are critical to the long term development of a child with autism,” he said. “In addition to universal and early detection screening, interventions such as ABA therapy are important tools that helps provide children with ASD an opportunity to live to their full potential.”

About 250 plans, a dozen of them available nationally and the rest regionally, participate in the program for federal employees, retirees and eligible family members. The FEHBP is the largest employer-sponsored health-care plan in the country, covering some 8 million people.

Cobert made her remarks at an annual conference with health insurance companies that begins the process of negotiating benefits and premiums for the following calendar year. Specifics for each plan typically are announced in September in advance of an open season that runs from mid-November to mid-December.

In a late-February letter to carriers, OPM outlined its intent to mandate applied behavior analysis coverage and again emphasized policies to control costs, particularly for prescription drugs. That has been a long-running point of emphasis, along with encouraging enrollees to participate in screening programs and to adopt healthier behaviors.

In a follow-up letter this month, OPM reminded carriers that they may pay incentives of up to $250 per enrollee per year for enrollees to use available benefits, such as health risk assessments, biometric screening, disease prevention programs, tobacco cessation and hypertension screening.

Plans are encouraged to provide rewards for enrollees to purchase health-related goods and services and may pay part of the maximum — up to $75 per individual or $200 per family — in the form of cash or gift cards.

Despite that authority, in place since 2014, “too few FEHB members are participating in health risk screening and wellness activities,” the letter said. Health plans “with robust incentives see higher participation rates . . . accordingly, carriers may wish to revise incentives for wellness programs in future benefit proposals.”

Plans should emphasize the importance of such programs to their enrollees, OPM said, adding that it will monitor participation rates for each plan.

The Obama administration for several years has proposed to allow plans to vary premiums for individuals based on participation in wellness programs and use of tobacco. However, that would require a change in law, and Congress has not taken up the idea, nor has the administration pushed it outside of including it in the annual White House budget proposal.