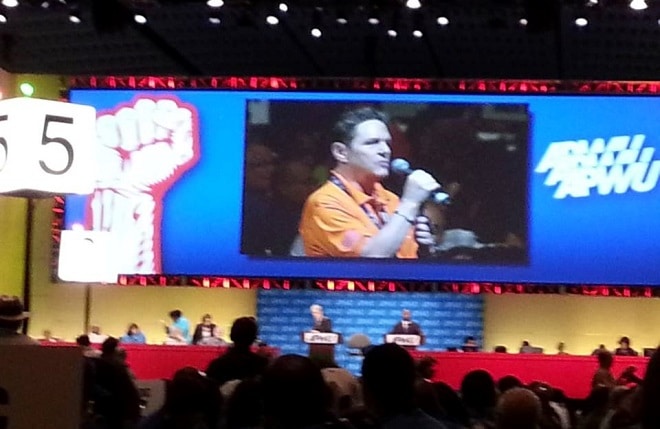 I fully support and endorse Jeff Kehlert for the position of APWU Vice President.  I believe he possesses the leadership qualities and experience necessary for the job.  Jeff has made very important contributions to the American Postal Workers Union as an officer, arbitration advocate and educator.  His deep commitment to educational activities and training opportunities  strengthen our membership.

I met Jeff Kehlert a few years ago at a class he was teaching at the NJSPWU convention.  I was very impressed by his technique and how he effectively communicated with everyone and made the learning environment interactive and fun.   His knowledge and comprehension of our Contract and various MOUs is outstanding.  Jeff has taught stewards and officers at conventions, seminars and conferences across the country.  His teachings focus on winning strategies and outside-the-box approaches for doing battle with corrupt, criminal and incompetent postal management.  Jeff has also been a regular instructor at the highly successful Postal Labor Unions’ Summer School  in WV and the Stewards College  in WA.

Jeff Kehlert is author of the very powerful and informative Strategy Book Series – a must have for all stewards and officers to ensure success in the grievance-arbitration process.  The past few years, Jeff has allowed me to upload and make available selections from his invaluable Strategy Book Series on the 21st Century Postal Worker website.  He is dedicated to the rank-and-file workers he serves and recognizes the value of the website.

There are two other candidates in the election for APWU Vice President: Greg Bell and Debby Szeredy.  In my opinion, they are good unionists and passionate about the APWU, but they are not qualified for the job:

Jeff Kehlert’s numerous contributions to the education and representation of the APWU membership along with his vast experience, knowledge and wisdom, make him the clear choice for Vice President of the APWU. 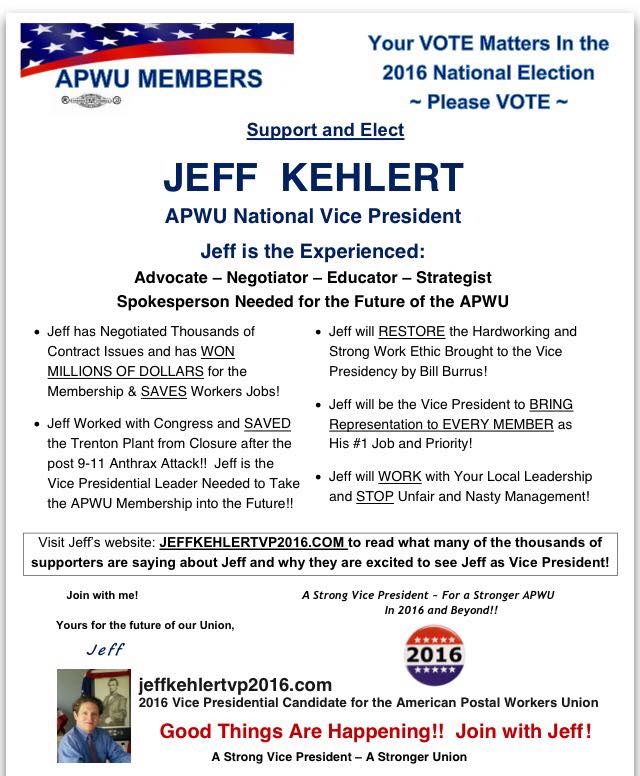 Please, no matter who you vote for, participate in union democracy and VOTE!