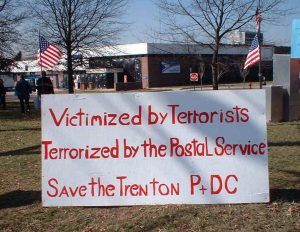 I fully support and endorse William “Bill” Lewis, for the position of APWU Eastern Region Coordinator.  Bill Lewis has served the membership well as President of the Trenton Metro Area Local and President of the New Jersey State Postal Workers Union.  I’ve known Bill since the days of the horrific anthrax attacks on postal workers at the Hamilton Township NJ postal facility, shortly after the September 11, 2001 tragic terrorist attacks on our country.  Bill provided superb leadership and representation in dealing with postal management and government officials concerning the health, safety and economic impact on the Trenton Metro Area Local membership (see Lab Rat Corner and Anthrax Travel Grievance $5.3 Million Settlement).

In addition to his tireless advocacy for the work floor member, Bill has developed a website for the Trenton Metro Area Local and has organized and presented some of the best training APWU has to offer via educational seminars at the annual New Jersey State Postal Workers Union Convention. I’ve attended a few of these conventions and always come away more knowledgeable and informed to better serve our membership. 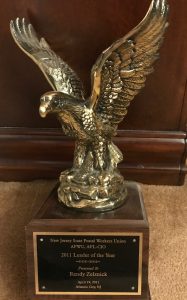 One thing I really admire and respect about Bill Lewis is that he is his own man, beholden to no one other than those he represents. His dedication and commitment to the rank-and-file and basically “doing the right thing” is refreshing in today’s highly political environment of APWU Headquarters. An excellent example of this is the 2011 NJSPWU Convention in Atlantic City, NJ.  Every year the convention hosts an awards dinner and ceremony for the “Leader of the Year” as chosen by the NJSPWU (past recipients include Presidents Burrus and Dimondstein).   In 2011, I was honored and humbled to be chosen Leader of the Year for my work on the 21st Century Postal Worker web site.

Subsequently, Bill’s future aspirations within the APWU hierarchy were threatened by National officers, including ER Coordinator Mike Gallagher (Bill’s opponent in this year’s APWU Election) if he proceeded with the award ceremony.  I’ve seen the emails where he implied I was a scab and disrespectfully called members opposing the 2011 Tentative Agreement liars and rogues.  The behavior Gallagher engaged in was juvenile, unwarranted and in direct violation of the APWU Members’ Bill of Rights – certainly not the type of behavior expected from a national officer.   As was anticipated, the APWU national and regional officers in attendance at the NJSPWU Convention boycotted the dinner/award ceremony.  Fortunately, I prefer the company of rank-and-file members anyway and a good time was had by all! 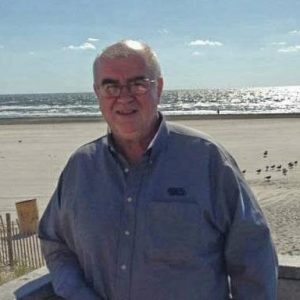 Bill Lewis understands knowledge is power and he fervently advocates  education, free speech and information sharing among the rank-and-file.  Despite threats and repercussions, Bill didn’t waiver.  He stood up for me because it was “the right thing to do.”   It’s no secret that EVERY national administration of the American Postal Workers Union would love to see the free exchange of opinions, ideas and information censored, or better yet – gone completely.  I believe APWU HQ wants to control and spin all information and disseminate it accordingly to suit their agendas –  not always in the best interest of the membership.  21CPW will never be deterred in it’s mission by threats – and yes, there have been many made, demanding the site be shut down or information removed from it by APWU attorneys, Local/State/Regional officers, postal management, and the USPS Office of Inspector General.  These attempts were unsuccessful and union democracy, free speech and transparency prevailed then and prevails today.

I strongly urge you to vote for William “Bill” Lewis – Eastern Region Coordinator.  His knowledge, experience, dedication, passionate involvement and activism will bring exciting new approaches and fresh ideas to the Eastern Region in the daily struggles we all face with evil, corrupt and incompetent postal management.

Please, no matter who you vote for, participate in union democracy and VOTE!