In a pre-Internet era, the Editorial Board hoped technology would help cut post office costs. 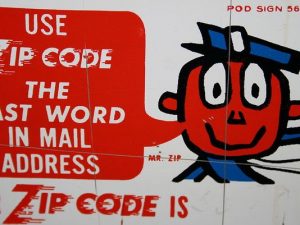 Each Monday, we turn to a day in the newspaper’s history for a look at what the Editorial Board found worthy of comment. We will preserve the punctuation and capitalization of the original editorial column. Below is an editorial from Jan. 11, 1973:

On the Postal Service

Recently Rep. Dave Obey, D-Wausau, criticized the late delivery of mail around the holidays, which was justified to some extent. Some Chicago mail to The Herald came 10 days or two weeks late also.

But then Mr. Obey said he would check out how many Postal Service workers in his district had been released from their jobs, thereby implying that the problem with late mail stems from the work force in this area. This, we believe, is unjustified criticism.

Wausau Postmaster Neal Jones, who is also head of the sectional center for this part of Wisconsin, reports that all 140 Post Offices in his section were “clean” as of Dec. 23. That is, all mail received had been distributed as of that date, with no backlog at all in the entire section.

While it is true that a few jobs have been eliminated in the area, no Postal workers have been released outright. For example, at Stevens Point five positions were eliminated, but all five employes (sic.) who held those positions were provided other jobs. Some part-time workers were released to do this, of course.

The Wausau Sectional Center actually has 11 more employes now than it had last June. This results from the start of “area mail processing” last Oct. 22. It was found small offices in this area were partially filling sacks for other sectional centers. These had to be handled again when they arrived at metropolitan Centers such as Milwaukee or Chicago. Now, with Wausau handling the sectional processing, full bags of mail are shipped direct to other sectional centers, eliminating duplicate handling in the big cities.

And most of the mail problems are occurring in the metro centers, such as Chicago. Did anyone have a problem with mail between post offices in the Wausau area? None that we know of.

Postmaster Gen. E. T. Klassen just announced that the fiscal year deficit for the period ending last July 1 was down to $1.3 billion, from $2.08 billion in 1971. Congress makes up that deficit — or rather we taxpayers do. For a saving of $700 million, we do not think the mail service has really deteriorated. As technology takes over, we would hope manpower costs could be trimmed more.

If anything, management needs more consideration. Postal workers received a pay hike in the past year, but supervisors have not. And Postmaster Jones, as a sectional center head with 140 offices, receives no more salary than the Fond du Lac postmaster, who has no sectional responsibilities at all.

All in all, progress is being made. There is a cause for some criticism. But the darts should be carefully aimed.

via 42 years ago: Postal Service should modernize.