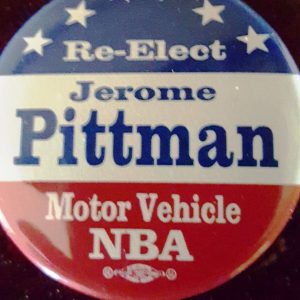 Don’t Be Misled!
My opponent has once again failed to use Union Printing for his campaign material.

At the National Convention, his campaign material was ordered removed from the convention floor because he refused to use Union Printing for his material, and he continues to use NON – UNION PRINTING- for his mailings.

Don’t be misled by the Union Bug that the mailing company put on his label for him.

Kelly Press mails out all campaign material for the Union, and they have a bug that goes on their -press-on- labels.

Having this stick on label put on your non-union printings is a cheap trick to make campaign material look Union.

Compare his mailing to the rest of the campaign material that you receive, and you will see the trickery and deceit.

The actual card, was printed by NON UNION PRINTERS.

How can you trust a Union Official that refuses to use Union Shops or Workers?

Do we support the Unions or don’t we?

In an important election such as this; for a National Office for a Nation Wide Union, why would you refuse to use Union Work?