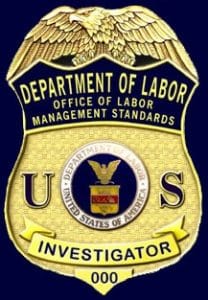 On June 17, 2019, in the United States District Court for the District of New Hampshire, the Department filed suit against American Postal Workers Union (APWU) Local 230 (located in Manchester, N.H.).

The complaint alleges that the union violated section 401(e) of the LMRDA when it denied members a reasonable opportunity to nominate candidates by imposing an unreasonable candidacy qualification that had a restrictive effect on union democracy and was unduly burdensome.

The complaint also alleges that the union further violated section 401(e) when it denied members a reasonable opportunity to nominate candidates by failing to provide a nominations notice reasonably calculated to inform all members of the offices to be filled in the election, as well as the time, place, and form for submitting nominations.

Finally, the complaint alleges that the union denied members a reasonable opportunity to vote by failing to mail an election notice to all members at their last known home address not less than 15 days prior to the election.

The lawsuit follows an investigation by the OLMS Boston-Buffalo District Office.