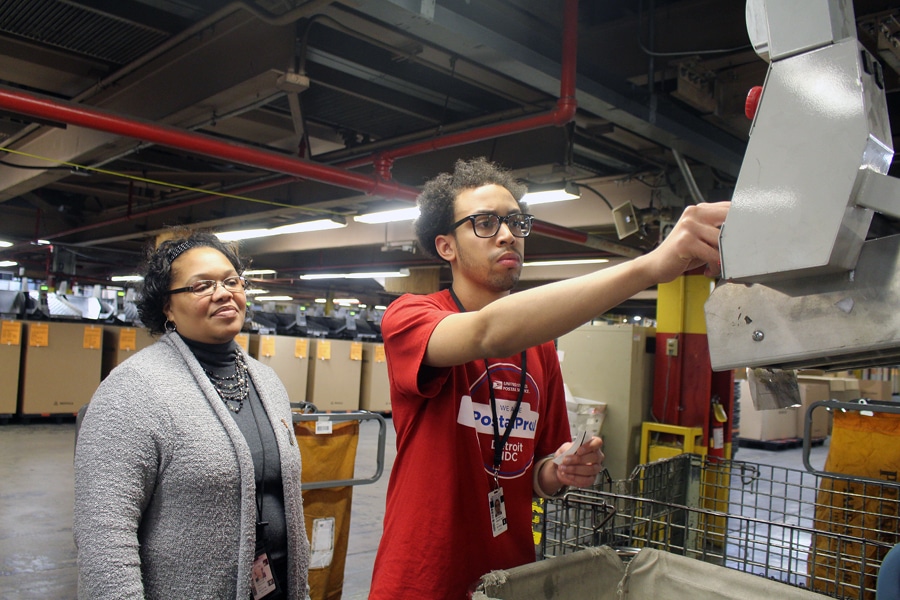 Detroit District’s largest facility has taken a unique approach to slash the percentage of parcels that are processed and dispatched to an incorrect zone.

Through the efforts of a special team of managers and employees, the Detroit Network Distribution Center has reduced these “missent parcels” by 55 percent, dropping from 3,300 to 1,400 parcels per week.

For example, the team found that labels weren’t being properly inserted into automated tray equipment, while other labels were being printed incorrectly.

In addition to fixing these problems, the team made other changes, including adding quality control checks and introducing visual aids to help employees use automated equipment properly.

The team that implemented the changes is one of several being used by Detroit District to make service improvements. The teams are part of broader efforts to improve USPS performance.

One of the keys to the Detroit team’s success has been the inclusion of employees who use parcel-processing equipment.

“My experience working on the machine supports this project,” said NDC Clerk Anthony Gibson-Smith, a team member. “My co-workers are eager to assist too. We all want to make a difference.”