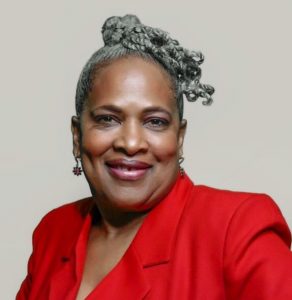 Been around for just a little, served 10 years as PPWU state president, 6 years as Charlotte local president and one term as NPC Co-chair. Started to hear about this new local president from Washington, DC when I served on the rank & file committee in 2006. Had the opportunity to meet her at President’s Conferences over the years and discuss issues and became impressed on how she handled herself.

When I decided to step away from the NPC after one term and one heart attack later, I approached Dena about stepping up and running for the position. Dena spent half the NPC and part of the craft conference going over the NPC web site and other responsibilities that Chuck had put on me. She wanted to make sure she had a handle on what was expected of her.

Dena carries herself as a professional union leader who works hard every day for the membership. It’s time we take the position of Research and Education in a different direction. We need to be proactive with training and seek guidance from the locals on what is needed, we need to move on from the same old training topics.

I have always been a huge fan of Dena’s and if given the chance so will you. She will not let you or this union down. Good luck Dena.