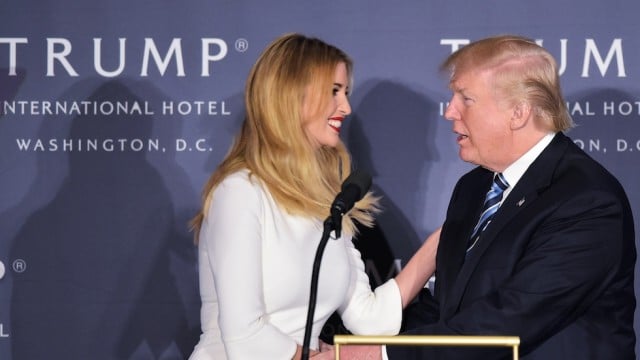 By Mike Lillis – February 13, 2017
House Democrats see a powerful ally in their push to expand paid family leave: Ivanka Trump. President Trump’s elder daughter has been an outspoken advocate for expanding maternity benefits in the workplace, using her platform at the Republican National Convention last summer to promote the issue.

That advocacy has not been overlooked by Rep. Carolyn Maloney (D-N.Y.), a longtime sponsor of paid family leave legislation, who said Monday that she’s already recruiting Ivanka Trump’s help to get it passed. 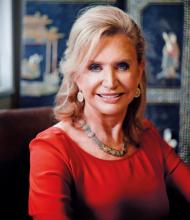 “I did call her; I did send her a copy of the legislation. … She said she was interested in meeting with us and talking to us about it,” Maloney said during a press conference just outside the Capitol.
“She has not gotten back to me — she is very busy, I’m sure — but I did reach out to her and [I hope] we have an opportunity to speak and explore it more.”

Maloney’s comments came as she was unveiling her bill, the Federal Employees Paid Parental Leave Act, which is co-sponsored by Rep. Barbara Comstock (R-Va.). The legislation would provide six weeks of guaranteed paid leave to all federal employees — mothers and fathers — after the arrival of a child. The benefit applies to births, adoptions and foster parent scenarios.

Supporters say the change would provide job security to working parents; boost morale for government workers; attract talented people to the federal ranks; and set an example for employers in the private sector. They’re quick to note that the only other industrialized country in the world that doesn’t mandate paid maternity leave is Papua New Guinea.

“If we’re going to encourage more private-sector businesses to adopt paid leave policies, we ought to set an example as one of the largest employers in the world by doing so for the federal workforce,” said Rep. Steny Hoyer (Md.), the Democratic whip.

On the campaign trail, President Trump had bucked the Republicans’ long-standing opposition to mandatory paid family leave by offering his own proposal — an issue not mentioned in the GOP’s official platform.

In some ways, Trump’s plan is more limited than that of Maloney and Comstock. Like their bill, it would provide six weeks of paid leave for new mothers, but it would exclude fathers.

Yet in another sense, Trump’s plan is more expansive, benefiting all new mothers not currently provided paid family leave by their employers. The lawmakers’ proposal, by contrast, applies only to federal employees.

At a campaign stop in Pennsylvania in September, Ivanka Trump introduced her father by decrying the notion that many working mothers in the U.S. are currently denied paid leave.

“This must change,” she said. “As a society, we need to create policies that champion all parents, enabling the American family to thrive.”

Ivanka Trump’s husband, Jared Kushner, is among the president’s closest aides, and the couple recently moved from New York to Washington to be closer to the White House — their three young children in tow.

Maloney on Monday said she’s open to compromise to iron out the differences between her plan and Trump’s. She said she’s urging the head of the House Oversight and Government Reform Committee, Rep. Jason Chaffetz (R-Utah), to stage hearings on the issue, which has failed to attract much GOP support in the past.

Hoyer, for his part, said he’s hoping Ivanka Trump has as much sway over her father as the president has suggested.

“We’re optimistic her father will reach common ground with her,” Hoyer said.