We are under attack and it will get worse, not better… 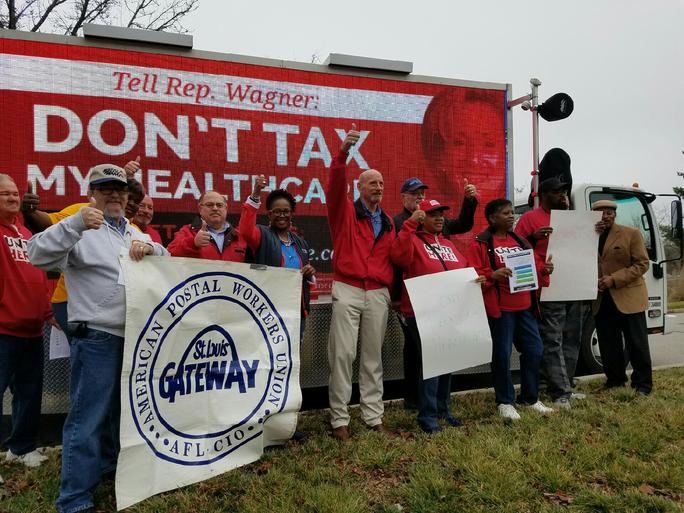 By Shaun O’Brien – February 23, 2017
Do you get your health care coverage through work? If you do, it’s time to start paying attention to what’s going on in Washington. Especially to the new plan to tax our health benefits.

You say you haven’t heard of a plan to tax our health benefits? That may be because Republican leaders in Congress are doing their best to keep it under wraps. They mostly have kept talk about it out of the public, but a few people have revealed to reporters what is being discussed.

Late last week, Republican leaders met behind closed doors with Republicans in the House of Representatives to go over the big health care changes they are considering. The Associated Press reported that taxing working people’s health benefits was being pushed by House Speaker Paul Ryan and other leaders in that meeting. The AP noted:

“Obama’s law levied $1.1 trillion in taxes over a decade to finance its expanded coverage to millions. GOP leaders said some or all of those taxes could be repealed, with the revenue replaced by a new tax on health care that employees receive at work.”

So, what are they talking about? Under the Republican plan being discussed, at least some of the cost of our health care benefits could be included in our taxable earnings, subject to both income tax and FICA payroll tax. Employer also may react to this by cutting back on our health benefits through even higher deductibles and co-pays or even eliminating our health plans altogether.

Some Republican leaders have tried to tamp down worries about this by saying few people would be affected. That’s difficult to believe if they are trying to replace even part of the $1.1 trillion in taxes they plan to cut for others.

Are you willing to bet your family’s health benefits on that being true?

Let your senators and members of Congress know what you think. Tell them not to tax your workplace health care benefits. You might even want to do that in person. They are at home this week, hosting town halls, public appearances and other events with their constituents.

Tell House Speaker Ryan and Republican legislators not to tax our health care.