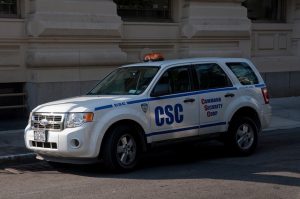 As previously reported, on December 31, 2014, the Company received notification of the award of the U.S. Postal Service (“USPS”) contract under Solicitation No. 2B-14-A-0078 (the “USPS Contract”), valued at approximately $250 million over a ten year term of service. The USPS Contract provides for security services at 50 USPS locations in 18 states, Puerto Rico and the District of Columbia, valued at approximately $20 million per year, as well as the operation of the two USPS National Law Enforcement Communication Centers (NLECC) at Dulles International Airport, Virginia and in Ft. Worth, Texas, valued at approximately $5 million per year. The award includes a four year base contract and three two-year options.

Since the initial award in December 2014, the USPS contract award had been the subject of a long and challenging legal protest process. On April 7, 2016, the Court of Federal Claims dismissed the protest filed by Universal on January 27, 2016, to allow for the USPS to take corrective action. Following the April 7, 2016 dismissal of Universal’s claim, the Company reinitiated activities to fully assume the USPS Contract in two phases. On June 6, 2016, the Company commenced work at approximately half the locations and on June 13, 2016, commenced work at the remaining locations.