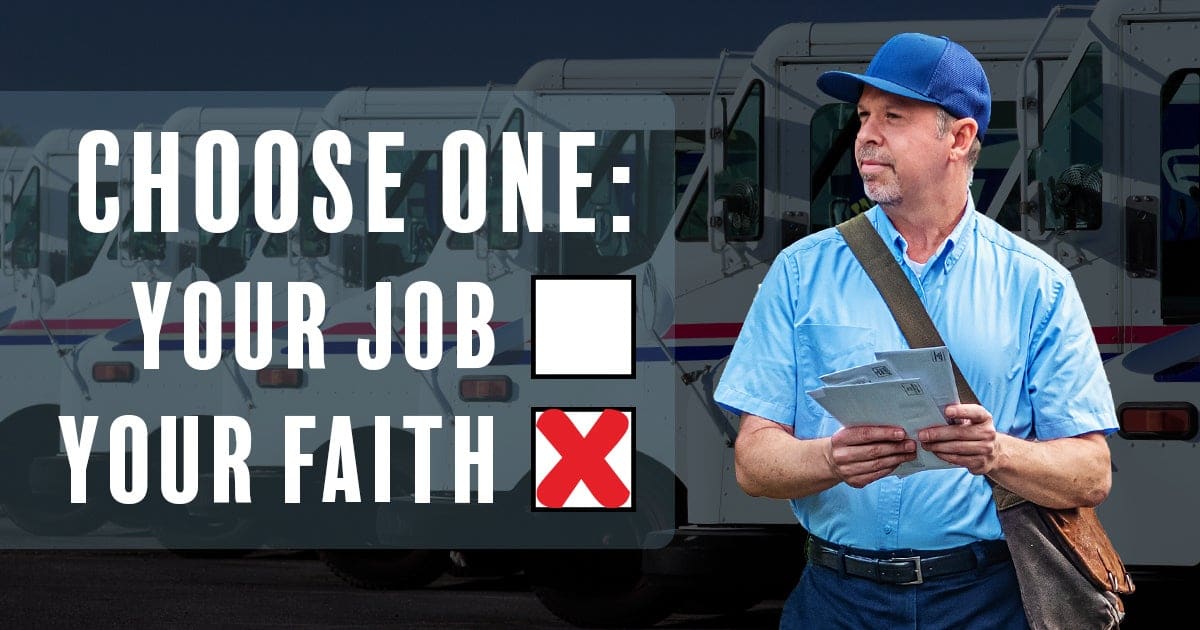 By Cozen O’Connor – June 6, 2022
Religious accommodation cases continue to vex employers. Especially since the rise of COVID-19, employers have had to face a rising tide of employee claims that their religious beliefs entitle them to an exemption from otherwise applicable workplace rules. Employers have been put in the uncomfortable position of having to evaluate whether religious claims are sincerely held, whether proposed accommodations are “reasonable,” and whether the attendant hardship poses an “undue” burden. These terms can be slippery, but fortunately, there is a new Third Circuit Court of Appeals decision that helps shed very practical guidance on how to respond to religious accommodation claims.

The facts in Groff v. DeJoy were simple and quite typical of work scheduling accommodation cases. Gerald Groff is a Sunday Sabbath observer whose religious beliefs dictate that Sunday is meant for worship and rest. As a result, he notified his employer, the United States Postal Service, that he was unable to work on Sundays. For several years, Mr. Groff was able to avoid working on Sundays by a job transfer, but as a result of a contract under which the Postal Service agreed to deliver Amazon packages every day of the week, an inevitable conflict arose between the demands of the workplace and Mr. Groff’s faith.

The postmaster offered to adjust Mr. Groff’s schedule to permit him to attend religious services on Sunday morning and report to work later in the day, which was an accommodation provided to other employees. Later, the postmaster sought out others to cover Mr. Groff’s shifts, which was the only accommodation he could find that did not adversely impact operations. When there were not enough substitutes available, the postmaster proposed as an alternative that Mr. Groff pick another day of the week to observe his Sabbath, an alternative Mr. Groff rejected.

Mr. Groff’s refusal to work on Sundays had consequences. The postmaster himself was forced to deliver mail on Sundays when no one else was available to cover, and a tense atmosphere was created among the other employees who resented that they had to cover Mr. Groff’s absences or deliver more mail than they otherwise would have on Sundays.

Over time, Mr. Groff was progressively disciplined by the Postal Service for his absences and eventually submitted his resignation and filed suit for religious discrimination under Title VII of the Civil Rights Act.

WHAT IS A REASONABLE ACCOMMODATION?

The court’s ruling on this issue is consistent with recent efforts by the Supreme Court to broaden employees’ religious rights in the workplace, specifically the directive that neutral policies give way to religious practices to eliminate the religious conflict.

HOW MUCH HARDSHIP IS “UNDUE?”

Although the test for an accommodation may be a difficult one for employers to pass, they are not required to accommodate at all costs. Instead, an employer need only show that no accommodation would result in more than a de minimis cost. Both economic and non-economic costs can qualify as an undue hardship. Here, the court found that Mr. Groff’s proposed accommodation of being exempted from Sunday work would cause an undue hardship because it actually imposed on his coworkers, disrupted the workplace and workflow, and diminished employee morale.