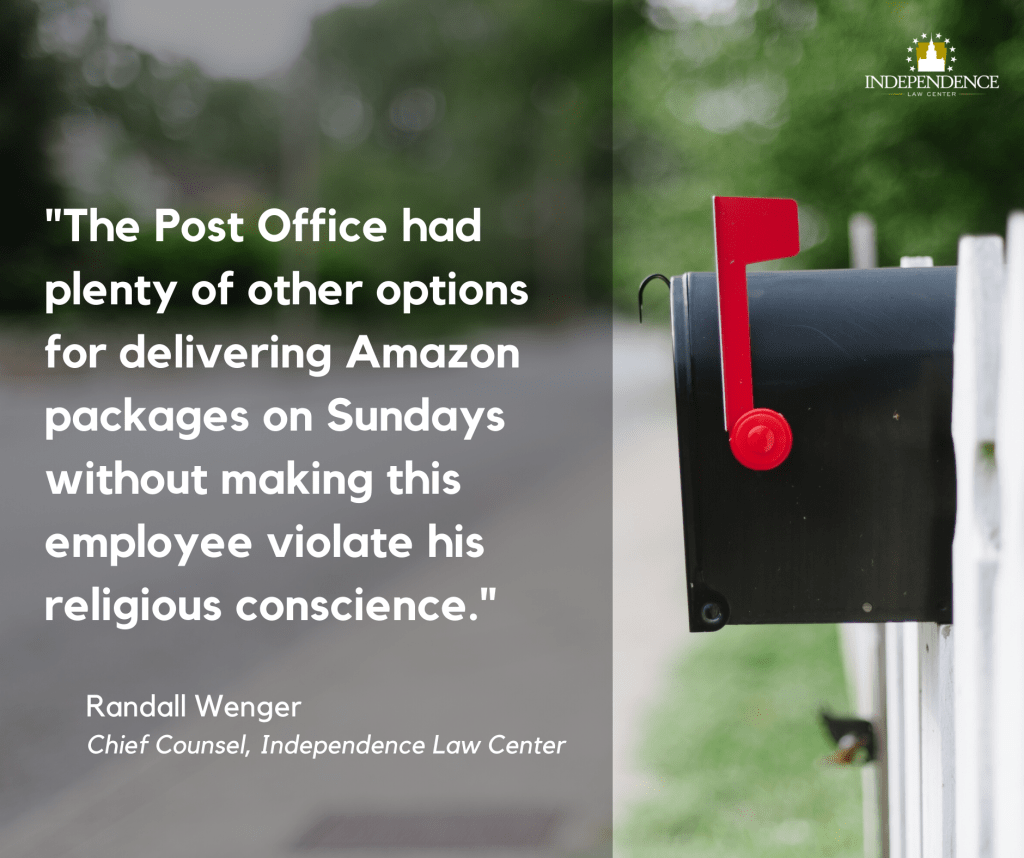 FOR IMMEDIATE RELEASE
February 17, 2020
(LANCASTER, PA) On Friday, February 14, a United States Postal Service (USPS) mailman filed a Motion for Summary Judgement before a federal district judge asking the court to find that the USPS violated his rights when it failed to accommodate his religious beliefs regarding work on Sundays. 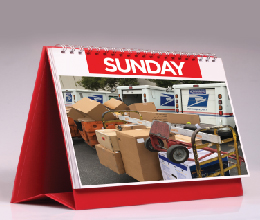 When he was hired, Sunday work was never required for Mr. Groff’s position. Several years later, the USPS started parcel delivery on Sundays. For a time, the Post Office and Mr. Groff worked flexibly together to accommodate his religious convictions of not working on Sundays. Mr. Groff simply picked up holiday, evening, and Saturday hours others did not want to work.

Later, USPS began enforcing a no-exceptions Sunday policy on Mr. Groff and needlessly disciplined him. This resulted in him being constructively discharged from the job he loved.

“In a free and respectful society, government should recognize those differences among us that make us great, rather than punishing those differences, particularly when those differences result from our sincerely held religious beliefs,” said David Crossett, a partner at the Cornerstone Law Firm, LLC, one of the attorneys representing Mr. Groff.

“Just as the Supreme Court recognized in a case involving the right of a Muslim worker to wear a head scarf at a clothing store, a government employer like the Post Office should reasonably accommodate an employee’s religious beliefs. The Post Office had plenty of other options for delivering Amazon packages on Sundays without making this employee violate his religious conscience,” said Randall Wenger, Chief Counsel of the Independence Law Center. “In a free society, government employers can and should do better at respecting their employees’ rights.”

The case, Groff v. Brennan, is filed before the U.S. District Court for the Eastern District of Pennsylvania.