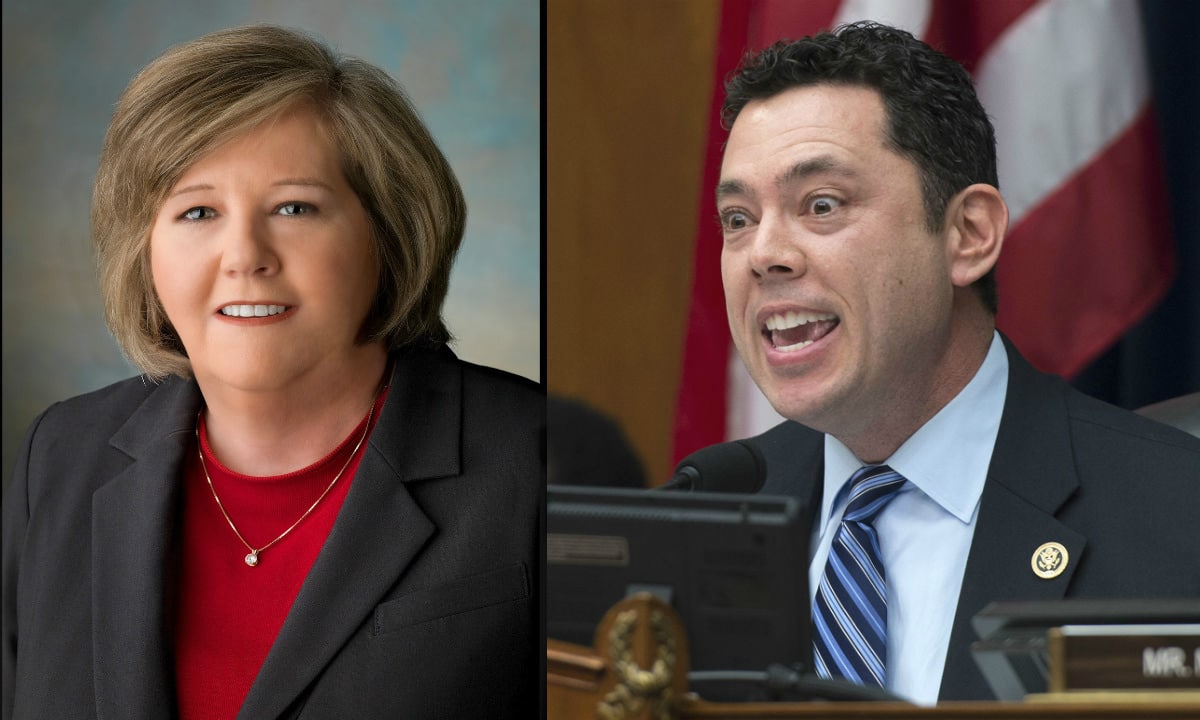 By Bill McAllister – February 15, 2017
Postmaster General Megan Brennan has joined a coalition of mailers and postal unions endorsing a bipartisan postal bill that a House committee chairman wants to get to President Donald Trump.

At a Feb. 7 hearing, Rep. Jason Chaffetz, R-Utah, chairman of the House Oversight Committee, acknowledged the legislation might not be perfect.

“I didn’t get everything I wanted,” Chaffetz said.

But he and others described the bill as a compromise that will allow the financially troubled United States Postal Service to wipe out billions of dollars in unfunded pension liabilities and move away from the red ink that has dominated its finances in recent years.

Introduced Jan. 31, the House legislation would allow a 2.15 percent increase in postal rates, boosting the price of a first-class stamp to 50¢.

Under questioning, Brennan acknowledged she wanted a 2¢ boost in stamp prices, but she said she supported the legislation as a compromise.

The postmaster general also qualified her support on the condition that an ongoing review by the Postal Regulatory Commission will give more pricing power to the Postal Service.

The support of the four major postal unions and of members of a group of mailers called the Coalition for a 21st Century Postal Service was unqualified for the measure.

The legislation would require postal retirees to look to Medicare for their primary health coverage, a change the would dramatically cut the Postal Service’s costs for retiree healthcare.

It would also replace the Postal Service’s nine-member board of governors, which currently has no presidential appointees, with a five-member board, also named by the president.

Chaffetz had warned his committee previously that the USPS was “on a financial trajectory that is unsustainable.”

His goal was to get legislation to the president within the next two years, he said.

Brennan had welcomed the House legislation in a Feb. 1 statement, calling it “fiscally responsible.”

“Enactment of the bill, favorable resolution of the Postal Regulatory Commission’s pricing system review, and continued aggressive management actions will return the Postal Service to financial stability,” she said at the time.

In the past, the Senate has been more responsive to the Postal Service’s pleas for financial help.

That might explain why the House hearing gave increased hopes for congressional action on postal legislation.

After the hearing, Chaffetz met with the President Trump at the White House. Among the topics Chaffetz said they discussed was the Postal Service legislation, according to The Hill newspaper.