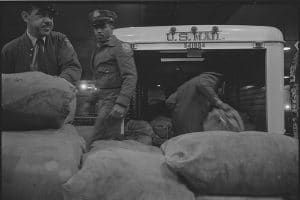 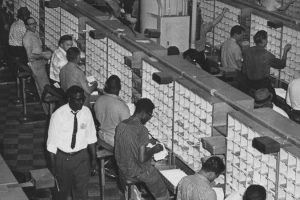 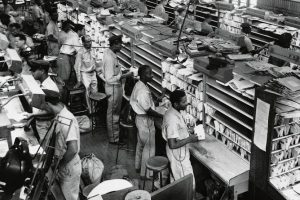 By Yolande Robbins – March 11, 2017
A reality not often talked about is the immense role played by black postmen in the creation of the black middle class.

We’ve always had singular, exceptional people like Frederick Douglass and George Washington Carver. But they are always presented as exceptional and occasional, with decades, even centuries between them.

They carried huge mailbags, slung over their shoulder, with catalogues inside. And they walked.

They arrived at our houses every day and on time; in fact, at the same time each day!

They always had time to talk a minute or two with neighbors and friends on their route.

We know and remember their names:

These were the men who engaged the culture that the civil rights struggles had promised. But it was never an easy path.

But in both their public and private lives, these men persisted.

When men marry, they choose homes, neighborhoods, and children — and better choices for those children than they had for themselves.

Vicksburg’s African American postmen were participants and activists as well. Mr. Williams helped found new Kiwanis when the old ones would not let him in. And they cut their yards, taught manners to their children, and made sure that they stayed in school.

In these models of exemplary men, civic virtue was at its highest, and in their wake came all the familiar success: black bank tellers, black policemen and firemen, black mayors and teachers, black doctors, lawyers, journalists.

And all who came in their wake.

Yolande Robbins is a community correspondent for The Vicksburg Post. You may reach her at yolanderobbins@fastmail.com.