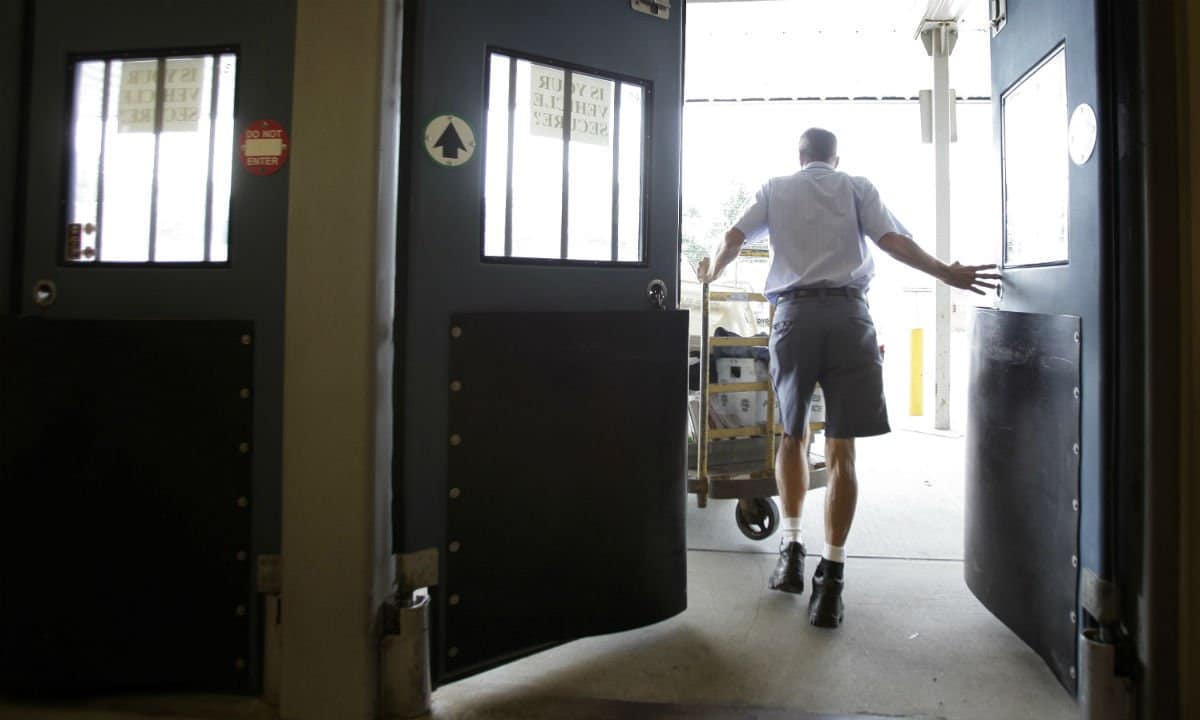 A letter carrier heads out with a cart full of mail for delivery. AP file photo

By Jack Corrigan – August 23, 2017
For years the U.S. Postal Service has put its stamp of approval on defective shoes that can quickly fall apart, putting letter carriers at risk of injury and often forcing them to pay for costly replacements out of their own pockets, union officials say.

The issue came to light after a study conducted by the National Institute for Occupational Safety and Health revealed that the soles of shoes worn by letter carriers in the Boston area frequently disintegrated. The agency detailed the health hazards caused by the faulty footwear in a letter to the Postal Service in February.

If polyurethane-soled shoes aren’t worn soon after coming off the assembly line, leftover moisture from the manufacturing process can expand and create microscopic cracks in the soles, Judith Eisenberg, a medical officer at NIOSH, wrote in the letter. The cracks can grow over time and eventually become large enough to separate the sole from the shoe and get caught on stairs and pavement.

She cited one 2004 incident where a letter carrier in Boston severely injured his back after the sole of his shoe split and caught on metal grating, causing him to fall down a flight of stairs.

The NIOSH study examined 143 accident reports for slips, trips and falls filed between 2011 and 2015 at the three largest post offices in the Boston area and found seven incidents where carriers specifically mentioned footwear. However, because USPS has no formal classification for shoe-related accidents, many may go unreported.