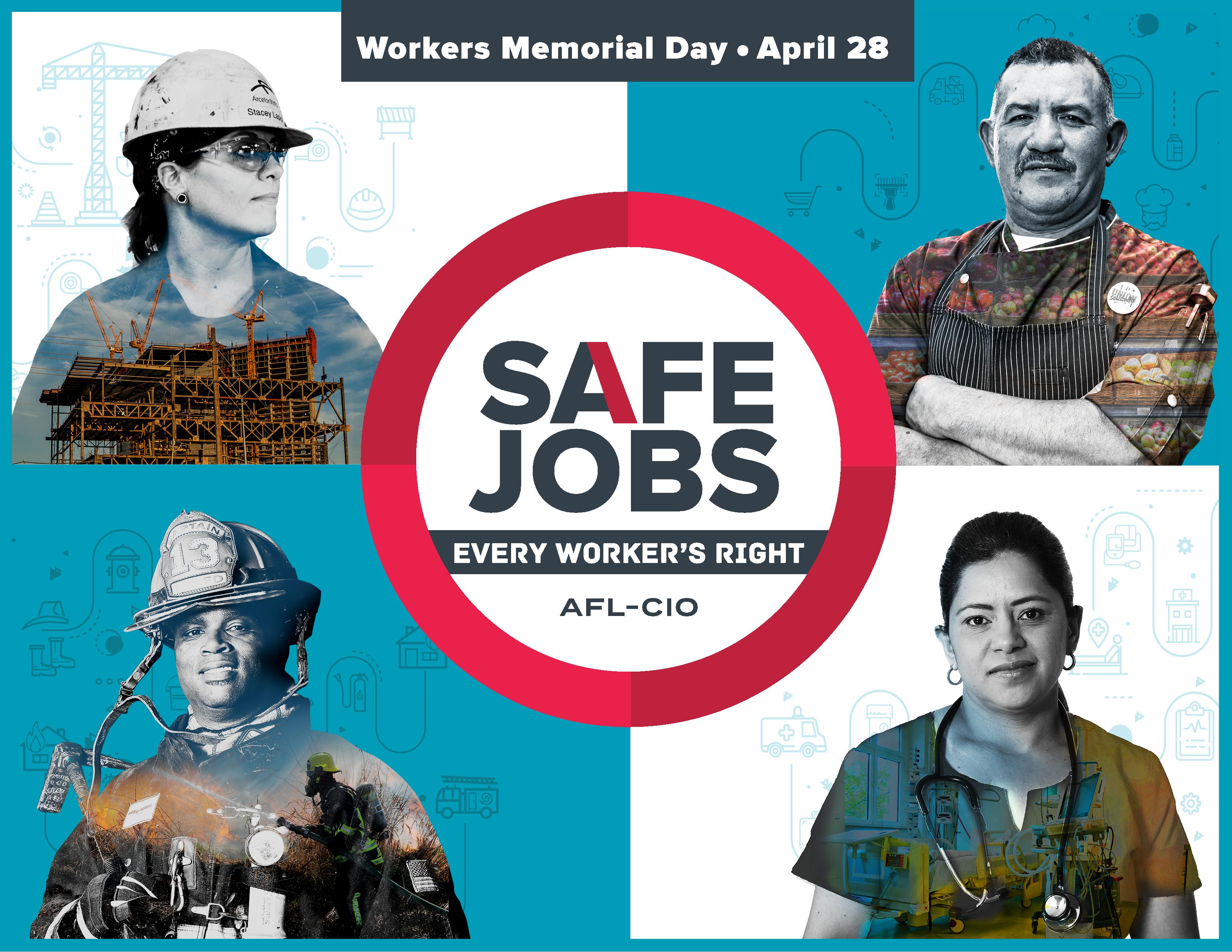 04/05/2019 – Each year on April 28 we observe Workers Memorial Day. It’s a day when working people throughout the world remember those who were hurt or killed on the job and recommit to the struggle for a safe workplace.

This year we are standing united against ongoing attacks on workers’ rights and protections. Click here to order Workers Memorial Day material for your local or state organization and Stand Up for Safe Jobs!