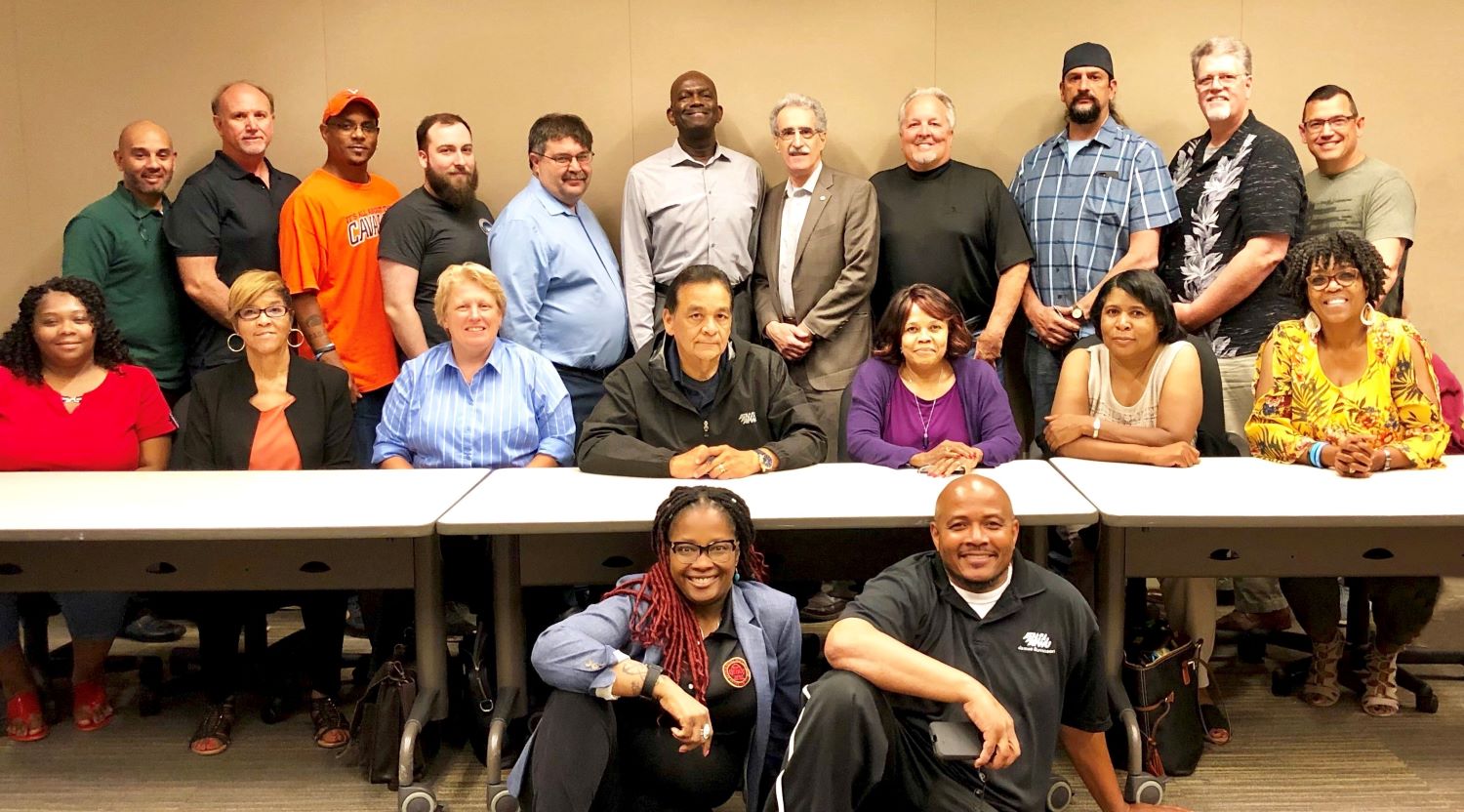 The newly formed Workplace Environment Committee met on July 11-12 at the Tommy Douglass Center in Silver Spring, MD to correlate mediums, methods and procedures to deal with employee-employer relations on the workroom floor.

Established by Industrial Relations Director Vance Zimmerman, the Committee deliberated on the union’s continuing efforts to address the real harm – both physical and psychological – that is cause by managerial harassment.

The Committee exchanged methods and means to deal with egregious mistreatment of workers, including bullying and intimidation of postal employees.

Views were exchanged on the ancillary impacts of poor staffing, lack of managerial training and accountability.

Existing resources – legal, regulatory and contractual regulations – were examined. Deliberations revealed a real need for employees to be proactive in order to address abusive aggressions facing many of the nation’s postal workers.

“Brothers and sisters, it is so important that you report any type of harassment or unwarranted behavior at the work place. You DO have the right to work in a hostile-free environment,” said Barbara Vaughns, Houston Area Local Clerk Craft Director.

The Committee is developing the instruments to educate and engage the assistance of every employee to help halt offensive behavior at work. Education is a vital tool. Trina Wynn, Wilmington DE/Malcolm T Smith Area Local President said, “Understanding your rights enables you to help stop workplace harassment.”

“This committee has brought issues and perspectives from coast to coast right off the workroom floor,” said Director Zimmerman. “Management’s divide and conquer strategy will no longer work.”

“We’ve had some really difficult discussions about harassment, about abuse, about intimidation, about safety, about bullying, and power dynamics – about the many, many types of harassment that postal workers face,” Director Zimmerman continued. “We’re strategizing a way to hold management aggressively accountable. Only with that accountability will our members feel empowered to speak up and management feel true retribution for their actions.”