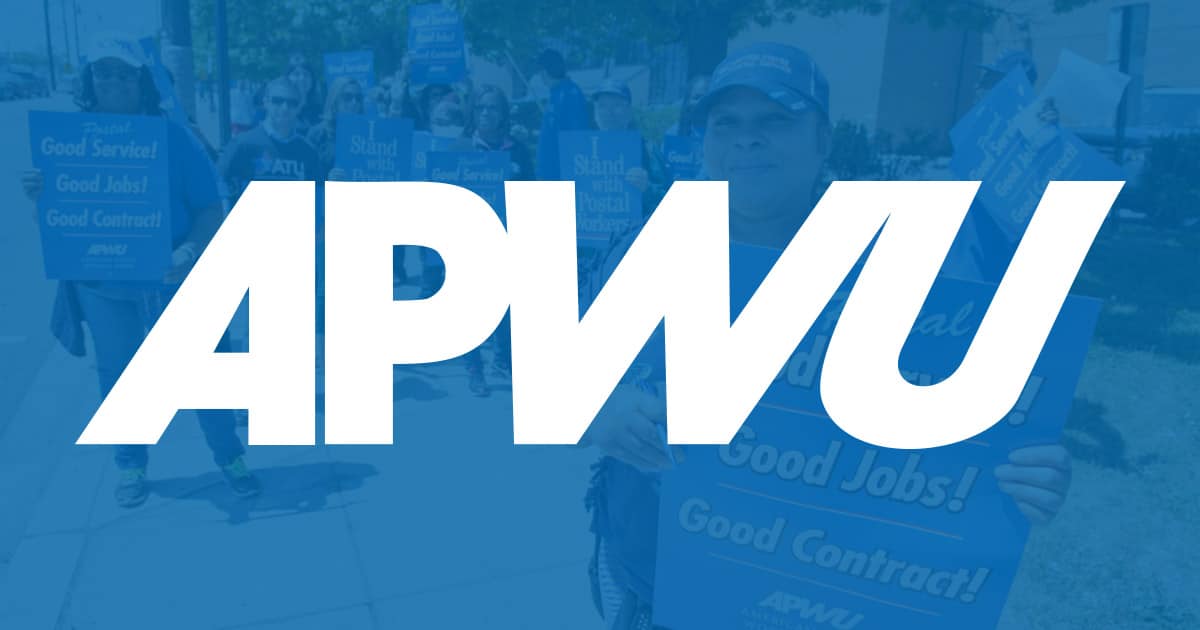 December 11, 2021
The American Postal Workers Union and the U.S. Postal Service have reached a tentative three-year Collective Bargaining Agreement (CBA) announced APWU President and Lead Negotiator Mark Dimondstein. The following is a summary of that tentative agreement. The APWU is preparing the complete Tentative Agreement to be sent to members with their ratification ballot. Detailed information on the ratification vote will be announced in the near future.

To learn more about the Tentative Agreement, sign up to attend a virtual town hall webinar at apwu.org/townhall