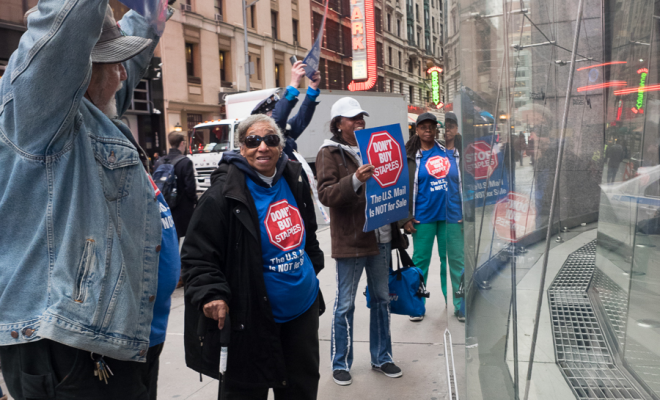 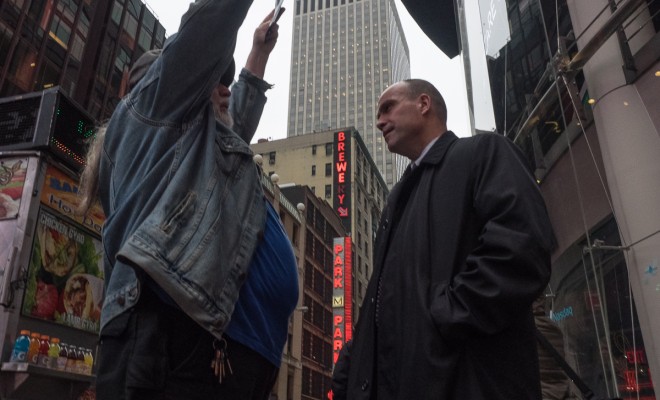 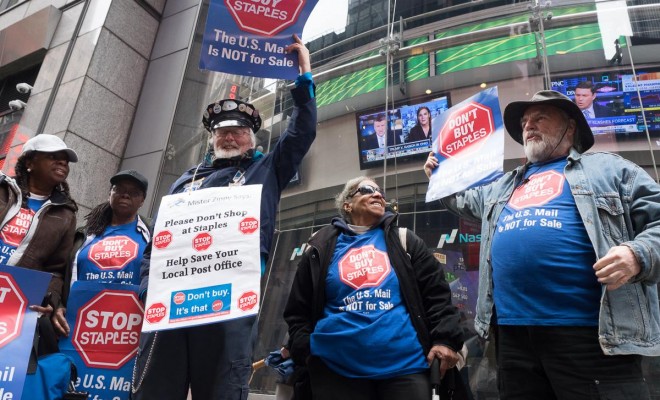 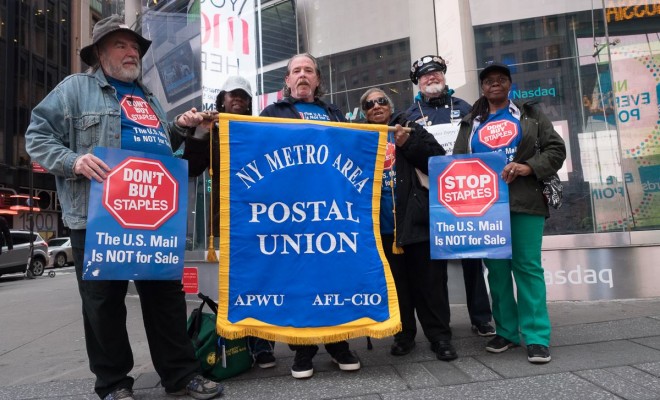 Protesters could see in, and the Staples and NASDAQ executives could see out. After the executives saw the protesters, “their cell phone cameras came out,” O’Neil said. A high-ranking security officer soon came outside and approached O’Neil. “You know what he said to me?” O’Neil recounted with a laugh. “He said, ‘Please don’t do this. This is their day. You are ruining their day.’” “I told him, ‘Staples is ruining the day of postal workers, customers and their own employees around the country. We will do everything we can to ruin Staples’ day!’”

Throughout the exchange, the protesters held their Don’t Buy Staples posters high.

Just before the actual bell-ringing, NASDAQ executives lowered shades, blocking the view of their highly-touted ceremony.

“It was way too late,” O’Neil said. “We were really successful hitting this, even if we didn’t see the bell rung.”

Stop Staples activists in New York City and around the country have been protesting outside Staples stores on a regular basis and vow to keep the heat on the office-supply chain until they get out of the mail business.

“Staples stock has been plummeting in recent months, at least in part as a result of the boycott,” APWU President Mark Dimondstein pointed out. And Fortune magazine said the company is “desperate for new avenues of growth as the odds of its planned $5.5 billion acquisition of Office Depot grow slimmer by the day.”