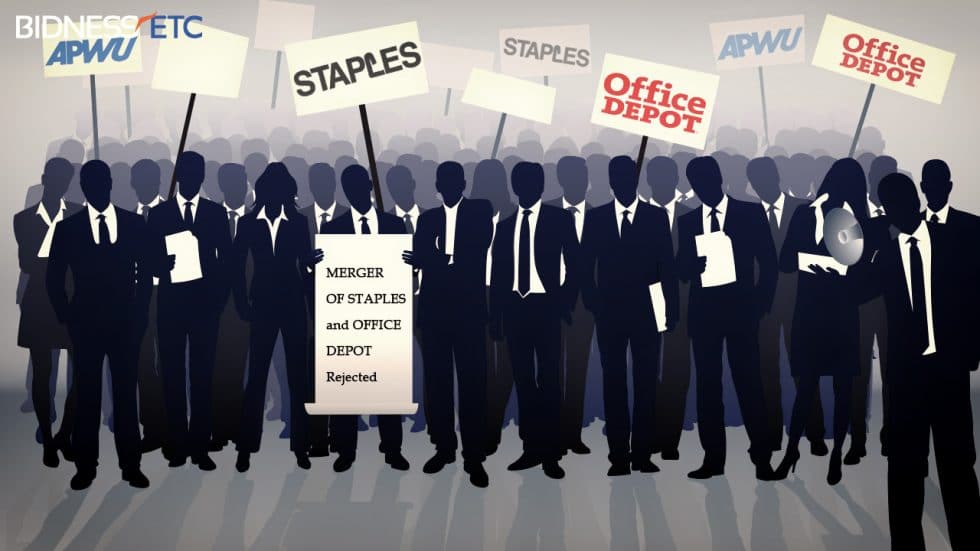 APWU opposes the merger between Office Depot and Staples by carrying out protests and making preparations to legally challenge the issue. Bidness Etc discusses why the union has decided to stand against the merger

By George Zack – March 8, 2015
An announcement came yesterday from American Postal Workers Union (APWU) in which it was mentioned that the union of 200,000 members has decided to challenge the merger between Staples and Office Depot.

The union which comprises of employees of United Postal Service will be taking assistance of a team consisting of financial advisors, lawyers, and economists for drafting the case against the merger.

This is not the beginning of the efforts from the union workers against Staples; the protests by them started in January 2014 when an agreement was signed between Staples and United Postal Service for the providing postal services to the former. This was followed by a boycott of the office supply store in April later that year.

The announcement sent a wave of concern amongst investors holding positions in both Office Depot and Staples stocks, with stocks of both the office equipment suppliers going down following the news. Office Depot stock dropped 0.43% in day’s trade yesterday while that of Staples went down 2.73%.

The merger between Staples and Office Depot that had been a subject of discussion for the investor community for a long time finally made some material progress when the announcement came from the management of Staples. It was announced that the company’s Board has approved the acquisition of their biggest competitor in the industry for an agreed price of $6.3 billion.

The acquisition which is set to complete by the end of calendar year 2015 still awaits the approval of regulatory bodies. There is a fair bit of chance that the regulatory bodies may reject the merger as it will create a huge monopoly in the industry. However, proponents argue that the merger will get the go-ahead on the basis of the fact that on their own the two companies might not be able to survive for long. Both companies are facing declining revenues and profits, and this is a major concern.

The APWU has requested the Federal Trade Commission – the body responsible to approve the merger – and the Department Of Justice to forbid the merger from being completed. The merger is referred to as monopolistic and unlawful by the members of the union. It is also announced that the union will approach the congress and the state and local offices to gain support against the merger.

Criticizing the merger and presenting his point, the President of APWU Mark Dimondstein said: “A Staples takeover of Office Depot would lead to fewer choices and higher prices for consumers, especially school students and parents. If approved, the merger also would lead to more store closings and have an adverse effect on workers. This merger is not in the public interest.”

The President of United States has been reported to have taken notice of the malpractices of Staples. The President talked about Staples’ policy of threatening part-time workers with termination if they worked for more than 25 hours per week. He said: “When I hear large corporations that make billions of dollars in profits trying to blame our interest in providing health insurance as an excuse for cutting back workers’ wages, shame on them.”