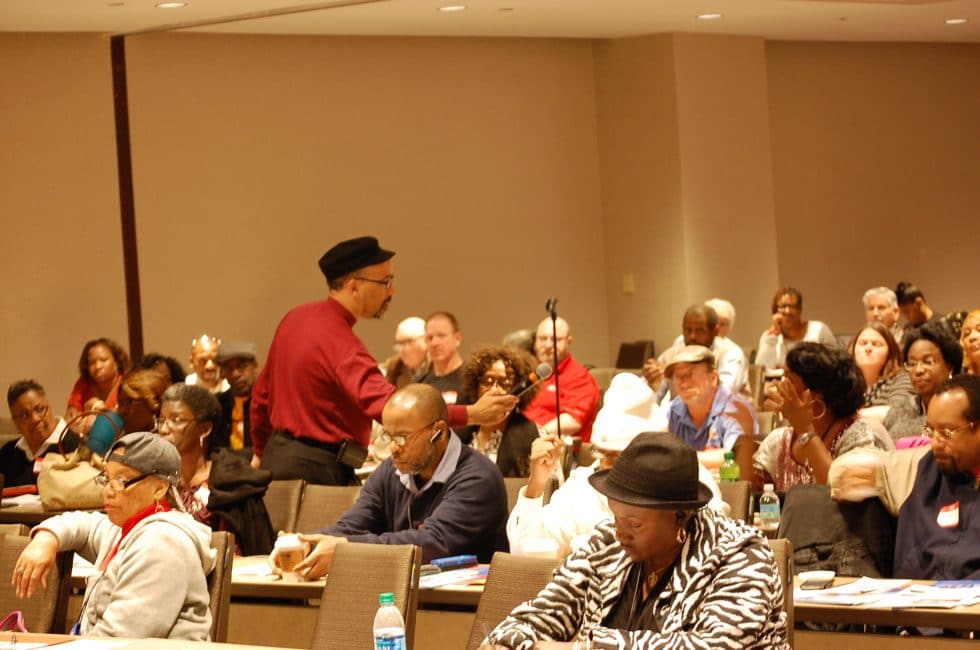 Approximately 90 participants learned how to improve their relationship not only with fellow union members, but the media and the public. The training was led by Bill Fletcher Jr., a staffer for the American Federation of Government Employees who is assisting the APWU with the campaign.

“That one thing you and your members have in common is a contract,” Beasley said. “The common denominator is a good contract and this is a perfect time to develop a stronger relationship with your members.”

‘Going Back to the Grassroots Days’
Attendees praised the session.

“This meeting is about the things we should have been talking about long ago,” said Willie Doss, a retiree and advocate from the Birmingham AL Area Local. “This way of thinking and doing things is at a whole other level. This training [will help us] not just for this upcoming contract, but it gives us direction and will help us with many other things which will certainly enhance the future success of our union.”

Carl Hudson, secretary-treasurer of the Atlanta GA Metro Area Local said, “This is going back to the old grassroots days. This is how we used to talk to our members.”

Carlton Williams, president of the Texas Postal Workers Union said, “This is a much-needed program and it will definitely benefit the union and our members in the plight for a new contract and everything else.”

Steve Smith, president of the Dublin GA Local said the training “helps us as postal workers because the public trusts us…and with this training we can figure out how to enhance that trust.”