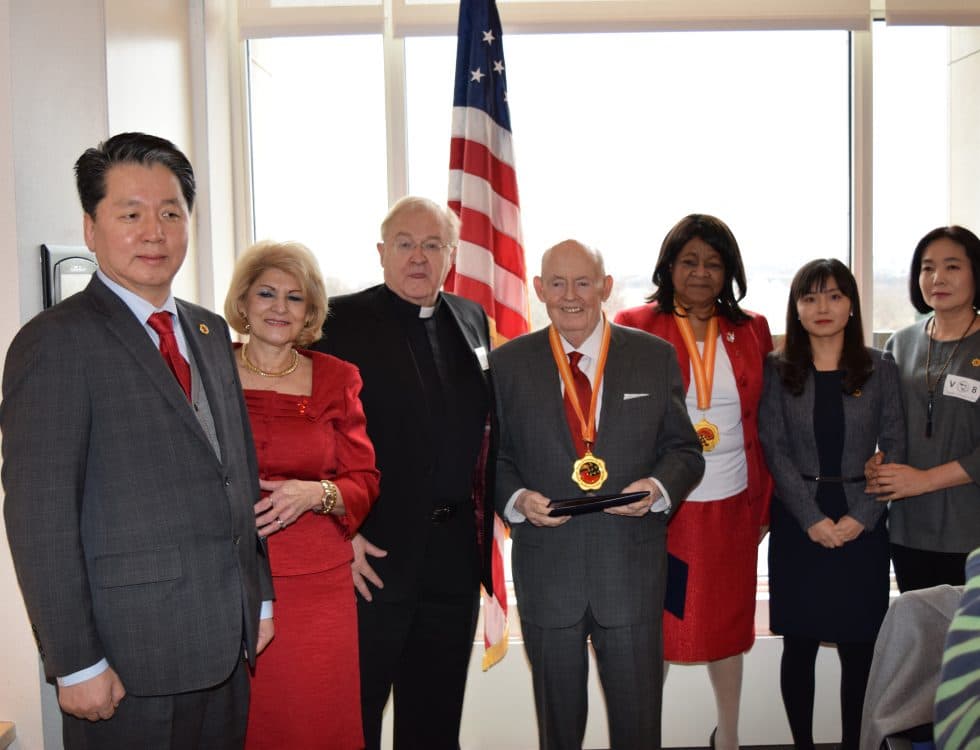 APWU officers and members at the award presentation.

Secretary-Treasurer Powell received the award because she “personifies the Dream of Martin Luther King, Jr.,” said Fr. Sean Mc Manus, president of the Capitol Hill-based Irish National Caucus and chief judge of the WPPAC. “She blazes the trail for justice, equality and peace, thereby building up the ‘Beloved Community’ – the term Dr. King made famous.”

“I once read that social justice is the belief that every individual and group is entitled to fair and equal rights and participation in social, education and economic advantages,” said Secretary-Treasurer Powell in her acceptance speech. “I am a huge believer in giving back and helping out in the community and the world because I believe that the measure of a person’s life is the affect they have on others.”

“As Dr. King would say, the time is always right to do what is right,” she continued. “Therefore I would ask that each of you reach out and take somebody’s hand, keeping in mind that it is not necessary to put out anyone else’s light in order for yours to shine. The more light we have, the brighter and clearer the path for us all.”

Reverend Dr. Han Min Su, a Presbyterian Minister, started The World Peace Prize in 1989. Su has given his life to promoting world peace through uniting the East and West.