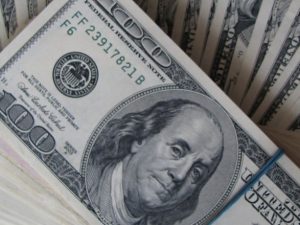 02/23/2018 – On February 9, the Clerk Craft reached a $49.9 million dollar settlement with the USPS on POStPlan staffing violations. The monetary settlement follows a ruling by Arbitrator Stephen Goldberg that the Postal Service violated Arbitrator Goldberg’s previous award of September 5, 2014 and a subsequent Memorandum of Understanding (MOU) dated September 22, 2014.

The dispute was initiated after the Postal Service admittedly failed to honor their agreement that after December 22, 2014, the ‘POStPlan’ Remotely-Managed Post Offices (RMPOs) open 4 or 6 hours a day would be staffed with bargaining unit clerks, and Level 18 offices would be staffed with career employees. Long after the agreement, Postmaster Reliefs (PMRs) were still working in 4 or 6 hour RMPOs across the country and Level 18 offices reported still using PSEs instead of career employees.

“Our goal is for management to abide by their contractual obligations in the first place. When they don’t, it is best if management addresses the problem as quickly as possible, in this case to properly staff the POStplan offices,” remarked President Dimondstein. “Unfortunately, neither happened, and I congratulate the Clerk Craft in insuring that these management violations have consequences as a deterrent to future violations.”

The money from the settlement will be distributed among Clerk Craft employees to be identified by the National APWU. The Postal Service is required to cooperate and provide information necessary for the union to identify employees eligible for payment. Updates on the implementation of the settlement agreement will be provided to local/state organizations and the membership through the APWU website.

“It is important we have arbitrators willing to rule that monetary payments and other strong remedies are necessary to address willful and/or repeated violations of the contract,” said Clerk Division Director Clint Burleson, “It is even more important that the membership work together to develop the leverage to win grievances at the local level and ideally prevent violations from occurring in the first place.

“Many thanks goes to Assistant Clerk Craft Director Lynn Pallas Barber,” Burleson continued, “who served as the case officer for the grievance, provided testimony at the hearing, and developed the leverage to secure the $49.9 million in remedy. Thanks also go to Assistant Craft Director Lamont Brooks for his assistance in negotiating the final settlement.”