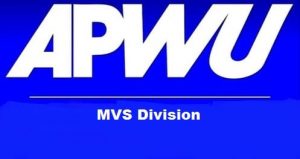 Web News Article #: 025-2015 – 02/11/2015
The union is pursuing our demand that management create at least 60 new administrative and technical duty assignments in the Motor Vehicle Service Craft, as required by the 2010-2015 Collective Bargaining Agreement (CBA).

Four years after signing the CBA, the USPS still has not created the positions.

Management also has refused to provide the APWU with information the union requested regarding the new positions.

But just before a Feb. 2 hearing at the National Labor Relations Board (NLRB), the USPS and NLRB signed an informal agreement stipulating that the Postal Service had responded to the union’s request for information. The agreement also stipulates that the USPS will post copies of the settlement on workplace bulletin boards.

The information at issue includes the number and location of any new administrative and technical duty assignments that have been established in the MVS Craft, as well as postal headquarters’ instructions to the field regarding the creation of such positions.

The MVS Jobs Memorandum of Understanding (MOU), which is part of the 2010-2015 contract, details the parties’ commitment to create jobs in all components of the Motor Vehicle craft:

The union declined to sign the agreement. “It didn’t go far enough,” explained MVS Craft Director Michael O. Foster. “There were repeated delays in providing information. The NLRB had issued a complaint in November for the delay to provide the requested information.”

The APWU is instead requesting a formal settlement agreement, which would prohibit both the conduct alleged in the complaint – unreasonable delay of information – and other “like or related” violations.

A formal settlement agreement stipulates that the NLRB will enter a remedial order and could ask a court to enforce it without opposition from the Postal Service. In essence, it constitutes an admission of guilt by management. The APWU believes this is justified by the Postal Service’s many past violations in refusing to provide timely information to the union.

The USPS-NLRB settlement also stipulates that the USPS will provide the union with information about how management assigns costs to postal employees when deciding whether to contract out work or have the work performed in-house by craft employees.

The costs assigned to postal employees have historically been based on a national average, but recently the USPS changed its position, asserting that the costs should be determined locally. The union has filed a Step 4 Dispute protesting the change in policy.

via MVS Continues the Fight for Administrative, Technical Jobs | APWU.