Web News Article #: 90-2017
09/26/2017 – The Coalition of Labor Union Women (CLUW) had their 19th Biennial Convention in Detroit, Michigan from Sept. 6-9. Over 400 union delegates from across the country attended, representing 27 national unions. CLUW is a national women’s organization within the labor movement. Its goals are to empower women in the workplace, advance women in their unions and promote policies that support women and working families.

The theme of the convention was “Taking It to the Streets.” On opening day, a lively rally was held, as CLUW delegates stood in solidarity with Restaurant Opportunities Centers United to fight for a $15 an hour minimum wage.

APWU President Mark Dimondstein was a keynote speaker, introduced by Secretary-Treasurer Elizabeth “Liz” Powell, and addressed the delegates at both the opening session and the rally. He thanked CLUW for their support in the Stop Staples Campaign, and asked them to stand with APWU for “expanded postal services, such as financial services and postal banking.” He also praised CLUW for their activism and resolve, and for their convention resolutions, which included CLUW’s national membership in A Grand Alliance to Save Our Public Postal Service, among many others that support the fight to build a better life for all workers.

There were forty resolutions introduced at the convention, highlights included: 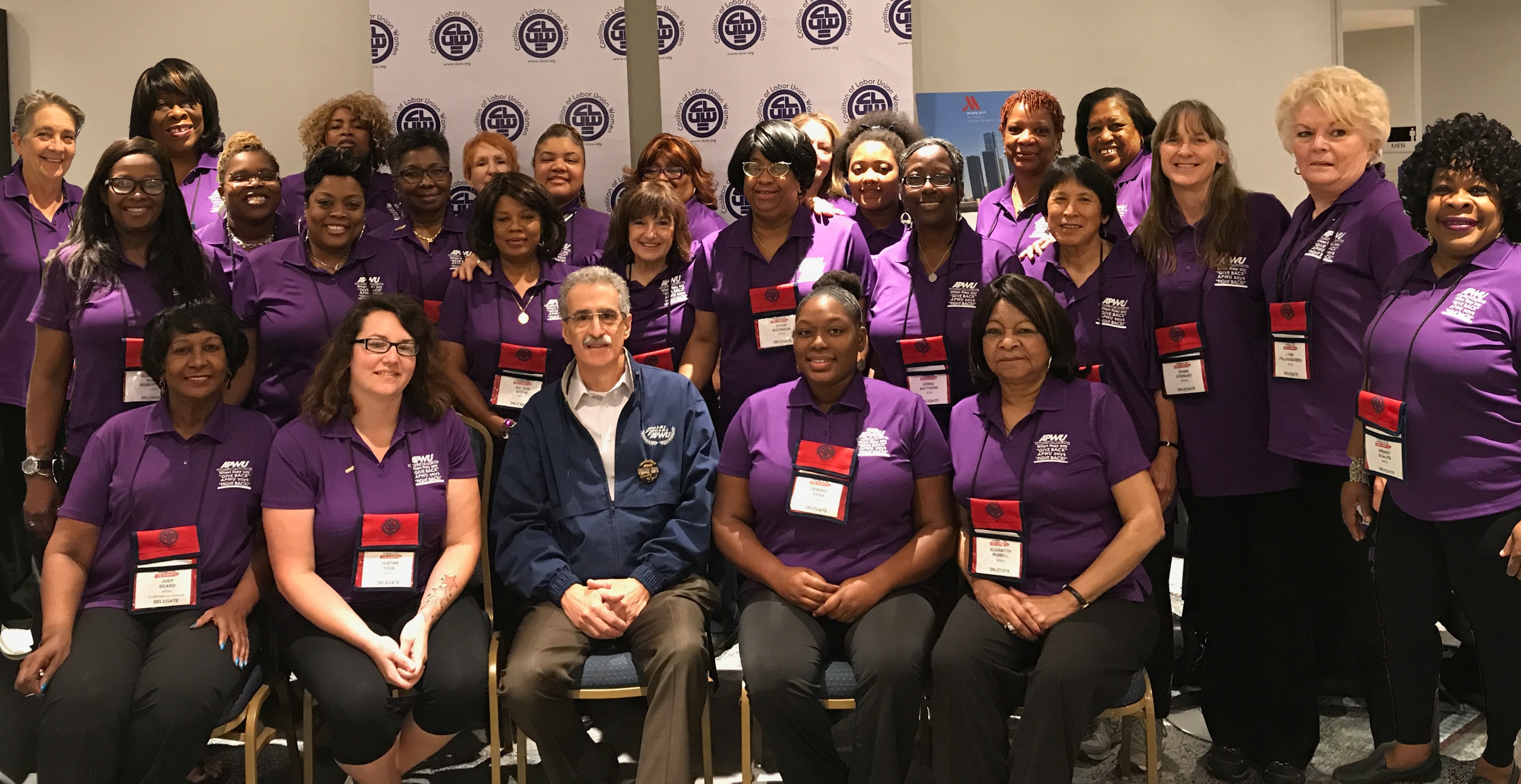 *Delegates and their alternates elected to CLUW’s National Executive Board, representing APWU for a four-year term at CLUW conventions which take place biennially.