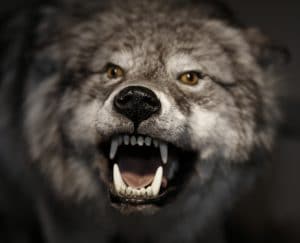 Everybody is familiar with the childhood fable of the village shepherd boy who continuously cried wolf as a joke to arouse all the villagers. When a wolf actually did appear and the boy cried Wolf, he was ignored as it being just another joke and his sheep were devastated by the wolf. The parallel here is the continuous warnings we have heard from our APWU leaders over the years as to the demise of the Postal Service.

Time and again from when I started my USPS employment in 1977 there were dire warnings about Postal Management and Legislative actions that would be severely detrimental to my job. We heard how our Plant’s mail was going to be shipped to another Plant for processing and ignored them. Then that did happen and thousands of postal workers had to lose throe jobs or undergo the hardship of relocating and uprooting their homes and families to keep their jobs. We heard of staffing cuts which we again ignored until they happened forcing many to work hundreds of hours of unwanted overtime. Even back in the Ronald Reagan years we heard of potential legislation affecting our Social Security payout amounts. Said legislation did pass and consequently reduced my Social Security check by 60%. We heard how the 75 years into the future pre-funding of USPS Retirement costs would destroy USPS. We heard about the threat of privatization. Throughout all this time, the American Postal Workers Union and the three other postal unions have fought these measures with limited success while many postal employees cried hogwash, such things will never happen.

Just recently we hear how President Donald Trump wants to quadruple package mailing prices and calls the Postal Service a joke while half a million postal workers risk their health and lives of themselves and their families. Now Trump has appointed a crony business man who donated tens of millions of dollars to his campaign funds as the new Postmaster General. Now the man who can carry out Trump’s orders to raise prices, cut wages, and eviscerate Postal Unions runs the Post Office and is only a phone call away to implement Trump’s wishes. Lest you think the Postal Board of Governors and the Postal Regulatory Commission are a safeguard against such, let it be noted that the Board of Governors presently has a Republican Majority with many appointed by Trump. Currently, the Postal Regulatory Commission is composed of five members all appointed by Trump. Does anyone still think that President Trump can NOT drastically affect the operations and employees of the USPS?

The Wolf is here for real this time. Without massive intervention by the American public to positively convince our Congressional Representatives of  the important role the USPS plays with its universal service- the delivery to everywhere from inner cities to far flung rural areas, accessibility to all, employment of so many at decent middle class wage jobs (and let’s not forget we are the largest employer of Military veterans- you know, the ones everyone claims we owe so much support to), contributions to their communities in consumer spending and numerous volunteer efforts, the delivery of millions of packages including so many many prescription drugs, and whatever else you can think of including votes by mail.

Certainly there are many dissatisfied postal workers who think they might welcome a change in everything from postal management to the firing of some co-workers. That’s a throw the baby out with the bathwater outlook. As the saying goes ”Be careful what you wish for, you just might get it”. The bosses always protect themselves (how many postal managers have you seen get fired?) and every one on the workroom floor knows they play favorites regardless of merit. Want to suck up to a Postmaster or Supervisor to keep your job?

As for us retirees, think we are safe? How many public municipal and private pensioners have seen their checks severely reduced in the last few years? Senate Majority Leader Mitch McConnell recently floated the idea of letting States go bankrupt and thats good bye to State employee pensions. If the State retirees aren’t safe, do you think Federal retirees are? All it takes is an act of Congress to change things. Wages, benefits, and pensions sure aren’t guaranteed by the Constitution.

Another word about the situation of retirees and the Covid-19 pandemic: apparently it has become acceptable in some circles to say the heck with the old folks. Open up the stores and restaurants and bars. Not everyone needs to wear a mask according to some. Let them retirees hibernate and take care of themselves they say. Of course this ignores that the virus can be caught by anyone of any age without symptoms even showing. But some Americans are perfectly willing to sacrifice your health-and possibly even their own-for the freedom to go to the local Pub for a burger and fries. It almost seems like some Stephen King horror novel (my pal Al LaBrecque’s author contribution) titled maybe “Mask Wearers vs. Bare Faces”.

Never in my lifetime did I think I would see an entire generation offered up as sacrificial victims. Or even Rambo wannabes with guns in the gallery of the Michigan State Capitol. For a couple of years now, I have been writing regarding APWU members still working and retirees with the motto “We are all in this together”. Now is the time to truly apply this to all citizens of the world. Not everyone will die from this insidious virus and the majority will recover but many will require painful hospital stays and even lasting detrimental health affects. Can Americans unite behind a common enemy or will the I’m okay, screw everyone else mentality prevail? Unfortunately, it appears only time will tell and hopefully all who read these words will be around to see the answer. Make no mistake- the wolf is here for real and he is after your very livelihood and life.