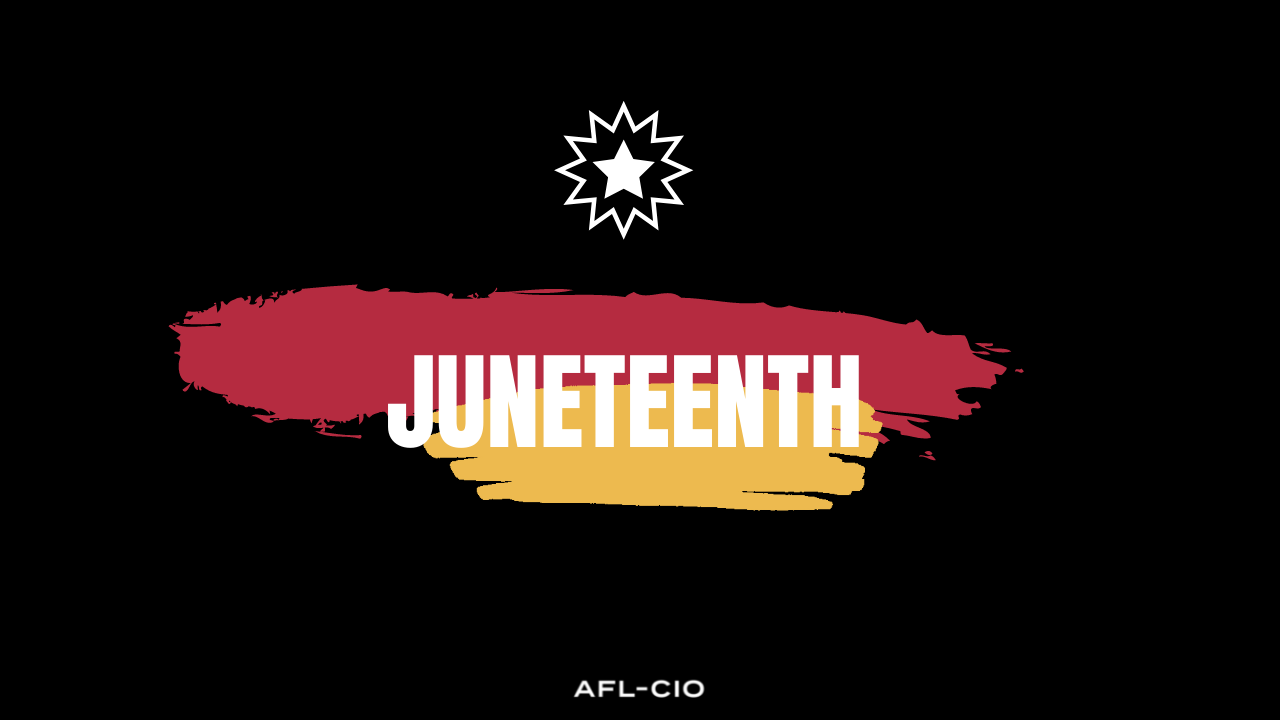 June 17, 2021
On June 17, 2021, President Joe Biden signed into law the S. 475 Juneteenth National Independence Day Act. This law establishes June 19th of each year as a Federal holiday. President Biden then declared it would be observed beginning June 18, 2021, as the 19th falls on a Saturday.

On June 19, 1865, Major General Gordon Granger announced in Galveston, TX the end of slavery in accordance with President Abraham Lincoln’s 1863 Emancipation Proclamation. This day has become known as Juneteenth to commemorate the end of slavery in the United States. Juneteenth is currently recognized by 48 states as the official commemoration of the End of Slavery and some states recognize the day as a paid holiday.

At this historical moment, dozens of private companies will honor the day by making it a paid holiday for their employees, including Target, Best Buy, Google, the “Big 3” automakers, Nike, Uber, Twitter, and more. The Postal Service needs to do the same and recognize Juneteenth as a Federal holiday.

There was a strong bipartisan support for this holiday, as the Senate voted unanimously in favor of the bill, and the House of Representatives voted 415 to 14 in favor of it. The APWU applauds the act of Congress in enacting this law and believe it should be applied to all Postal Workers .

The APWU immediately raised and discussed this important issue with management today and will continue to demand that the issue gets resolved that the Postal Service recognizes the paid holiday. 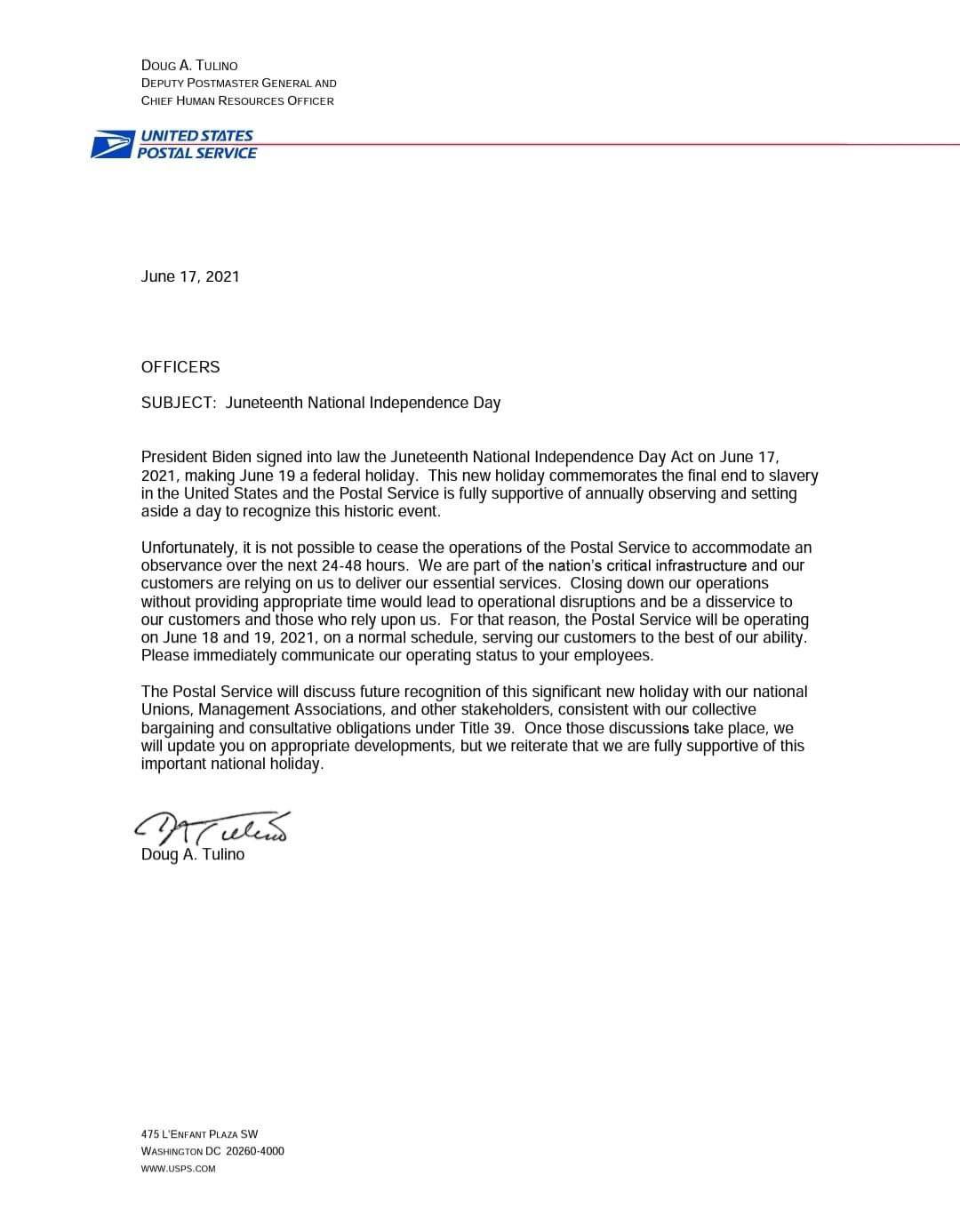