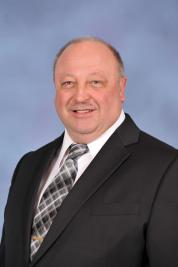 05/12/2016 – While 200,000 APWU members across the country await an arbitrator’s ruling on a new contract, 1,100 union members covered by the IT/AS contract voted to ratify a one-year extension of their 2011 Collective Bargaining Agreement, Support Services Director Steve Brooks has announced. The vote was 464 in favor, 33 against.

The new agreement includes a contractual increase of 1.2 percent retroactive to Jan. 23, 2016, the effective date of the new contract. It also contains a clause stipulating that if the arbitration ruling by Arbitrator Stephen B. Goldberg covering the Clerk, Maintenance, Motor Vehicle, Operating Services and Material Support Crafts awards a higher percentage increase, the IT/AS contract increase would be adjusted retroactively to reflect the same percent. The union and management agreed that the terms of the IT/AS agreement would not be introduced in the pending arbitration covering the other crafts in an effort to influence the outcome of that proceeding.

The IT/AS contract retains two cost-of-living allowances (COLAs). One accounting position will be upgraded, which is also retroactive. In addition, there will be increased opportunities for “beeper and pager pay” to employees with such responsibilities. The extension also includes several clarifications and enhancements to workroom procedures.

The APWU suggested extending the contract, Brooks said. He believed it was in the best interest of both parties because of the ongoing arbitration between the APWU and USPS for the contract covering the other crafts and because the Postal Service was also negotiating with the Mail-Handlers and Letter Carriers. During the last round of negotiations the IT/AS units ended up in a wait-and-see-what-the-others-get position and it took nearly three years to settle their contract.

“We did not think the USPS was going to come to agreement on a full contract with this unit while in negotiations with the other crafts, and we did not want our members to go through that waiting period again,” Brooks said. “The extension allows our members to see increases right away and it also allows both parties a chance to see what is awarded in the other contracts before entering negotiations for a full agreement.”