06/17/2015 – The House Appropriations Committee approved an amendment to restore postal service standards on June 17, in a bipartisan vote, 26-23. Six Republicans joined all of the committee’s Democrats to endorse the measure, which was introduced by Rep. Chakah Fattah (D-PA).

The legislation would rescind the lower service standards the USPS implemented on Jan. 5 – which have wreaked havoc on mail delivery – and restore the standards that were in place on July 1, 2012. Following the vote on the amendment, the committee approved the 2016 Financial Services and General Government Appropriations bill by a vote of 30-20.

“This is an important step forward for postal workers and our customers – large and small,” said APWU President Mark Dimondstein. “If enacted, it will mean that management must restore overnight mail delivery within cities and towns, and that the 2- and 3-day delivery standards that were wiped out in January must be restored.

“This is a vivid example of how the demands of postal workers reflect the people’s demand for good postal service.

Legislative and Political Director John L. Marcotte said, “I want to thank our locals, states, chapters and auxiliary for their hard work in reaching out and educating Congress about the importance of service standards. The APWU will do everything in our power to make this amendment law. With your help we can succeed.”

“We are very appreciative of the legislators who voted for the amendment and of the postal workers, customers, union officers and staff who encouraged them to ‘do the right thing,’ Dimondstein said.
“If enacted, it will greatly improve customer service and strengthen the USPS.” 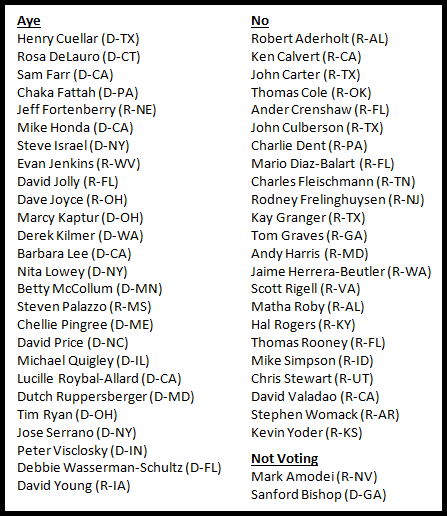