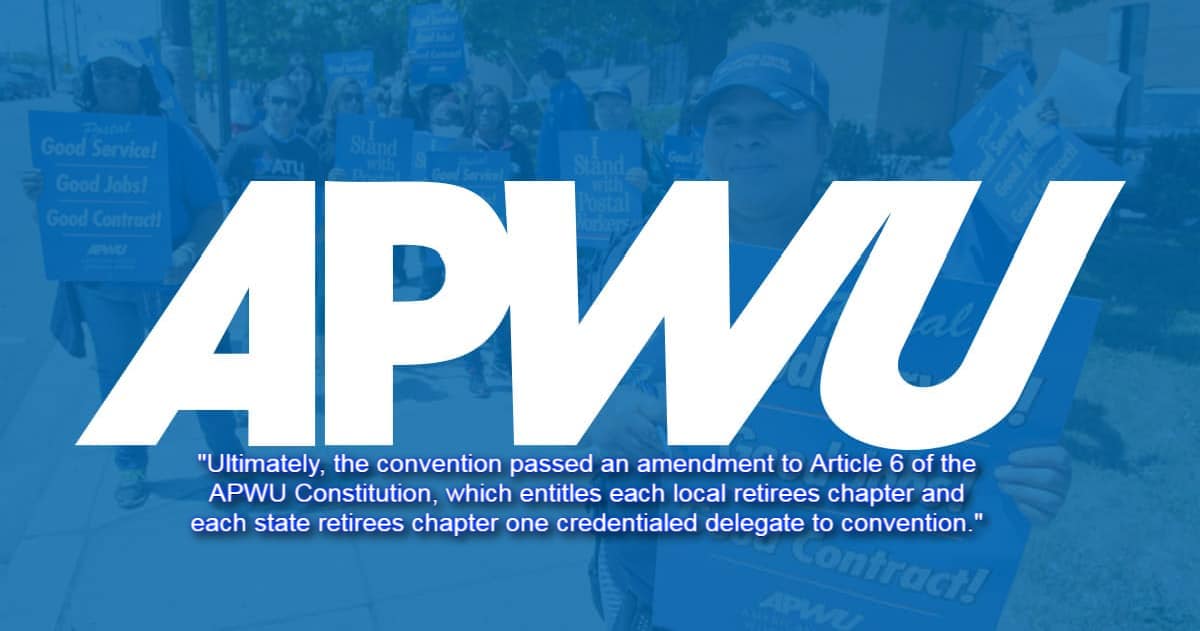 August 18, 2022
Delegates continued to make progress on the important union business before the convention, considering, debating, amending and voting on several resolutions throughout the day. The Constitution Committee work led off the day’s debate, followed by the conclusion of the Labor-Management Committee report, with delegates beginning to hear from the Formal Resolutions Committee as the day’s proceedings came to a close.

Resolutions before the Constitution Committee, co-chaired by Keith Combs, Detroit District Area Local, and Kim Miller, Keystone Area Local, addressed issues pertaining to retired members, the work locations of national officers, and the procedures governing the election of officers, among other issues. Changes to the APWU Constitution require a two-thirds vote to pass.

Perhaps the most spirited discussion of the convention thus far was on the matter of retired members’ representation at convention. Delegates presented impassioned arguments on all sides of the issue before the final vote was called. With the support and encouragement of President Dimondstein, Retirees Director Nancy Olumekor, and other national officers, delegates settled upon a compromise resolution that both addressed the desire of retired members to be better represented at the convention, while recognizing the equity concerns raised by other delegates. Ultimately, the convention passed an amendment to Article 6 of the APWU Constitution, which entitles each local retirees chapter and each state retirees chapter one credentialed delegate to convention.

Olumekor thanked the convention for the spirited debate and the recognition of retired members’ contributions to the union. “This year, the APWU Retirees Department celebrates its 30th anniversary,” she said. “We thank you for your love and support.”

2 thoughts on “APWU: Convention Delegates settle upon a compromise resolution on Retiree Representation”