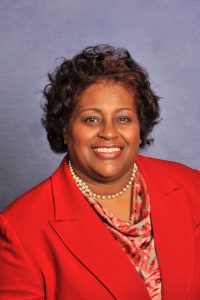 Nancy Olumekor was appointed Retirees Department director by President Dimondstein, and the appointment was approved by the National Executive Board.

Prior to her appointment, she was a Clerk Craft National Business Agent in the Eastern Region, a position she held for 16 years.

Olumekor retired from postal employment in 2013 and attends meetings of her local retiree chapter with her mother, a retired postal worker.

“I’m very pleased that Sister Olumekor has taken on this new position. She has shown a keen interest in issues affecting retirees. I look forward to working with her in continuing to build the APWU Retirees Department,” Dimondstein said.

Olumekor began her postal career in1973 in Washington, DC. Prior to becoming NBA, she held many positions in the Nation’s Capital Southern MD Area Local and in the Maryland & DC Postal Workers Union.