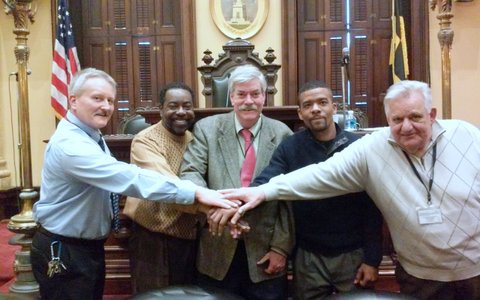 Introduced by Councilmember Robert Curran, HR 15-0211R supports “the American Postal Workers Union in its efforts to protect living-wage jobs and its insistence on the highest possible standards of customer services, opposing efforts to privatize postal operations, and calling upon residents of Baltimore to consider this issue when deciding whether to patronize Staples.”

A copy of the resolution will be sent to Baltimore Mayor Stephanie Rawlings-Blake; Postmaster General Megan Brennan and the USPS Board of Governors; Staples CEO Ron Sargent, and the company’s Board of Directors, as well as the Mayor’s legislative liaison to the City Council.