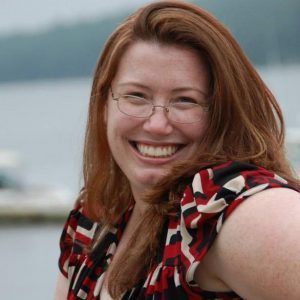 “We’re delighted to have a talented communicator like Emily Harris joining our team,” said APWU President Mark Dimondstein. “An open, ongoing dialogue with our members, the public and policymakers across all media channels is a top priority for our members. Emily’s experience writing for a union magazine, combined with her knowledge of the latest social media platforms, video production and other communication disciplines, will be a great asset to APWU.”

Harris comes to the APWU after eight years at the United Mine Workers of America (UMWA), where she has served as a communications specialist. Her video production, multimedia campaigns and magazine writing for UMWA have been recognized by her peers in the International Labor Communications Association (ILCA), where she won awards for Best Long Video, Best Multimedia Campaign and Best Labor History Story. Harris also worked as content developer and designer for the 2016 redesign of UMWA.org. In 2015, the New York Labor History Association awarded Harris the Debra E. Bernhardt Labor Journalism Prize for excellence in communicating the story of working people and their history.

Harris replaces outgoing APWU communications director Sally Davidow who, prior to her retirement, served the union and its members since 2001.

The American Postal Workers Union represents 200,000 employees of the United States Postal Service, and is affiliated with the AFL-CIO. For more information on APWU, visit www.apwu.org