The legislative resolution that proclaims House of Representatives opposition to a White House proposal to privatize the U.S. Postal Service picked up significant support during the August recess. H.Res. 993 expresses “the sense of the House of Representatives that Congress should take all appropriate measures to ensure that the United States Postal Service remains an independent establishment of the Federal Government and is not subject to privatization.” 67 members of Congress added their names to the bipartisan resolution during the recess, bringing the total number of cosponsors to 130. UPMA is providing a link for UPMA members to determine if their Representatives are H.Res. 993 cosponsors. If your member of Congress is not listed, please call his or her office to add the Representative’s name to the resolution. The Capitol switchboard number is 202-224-3121. 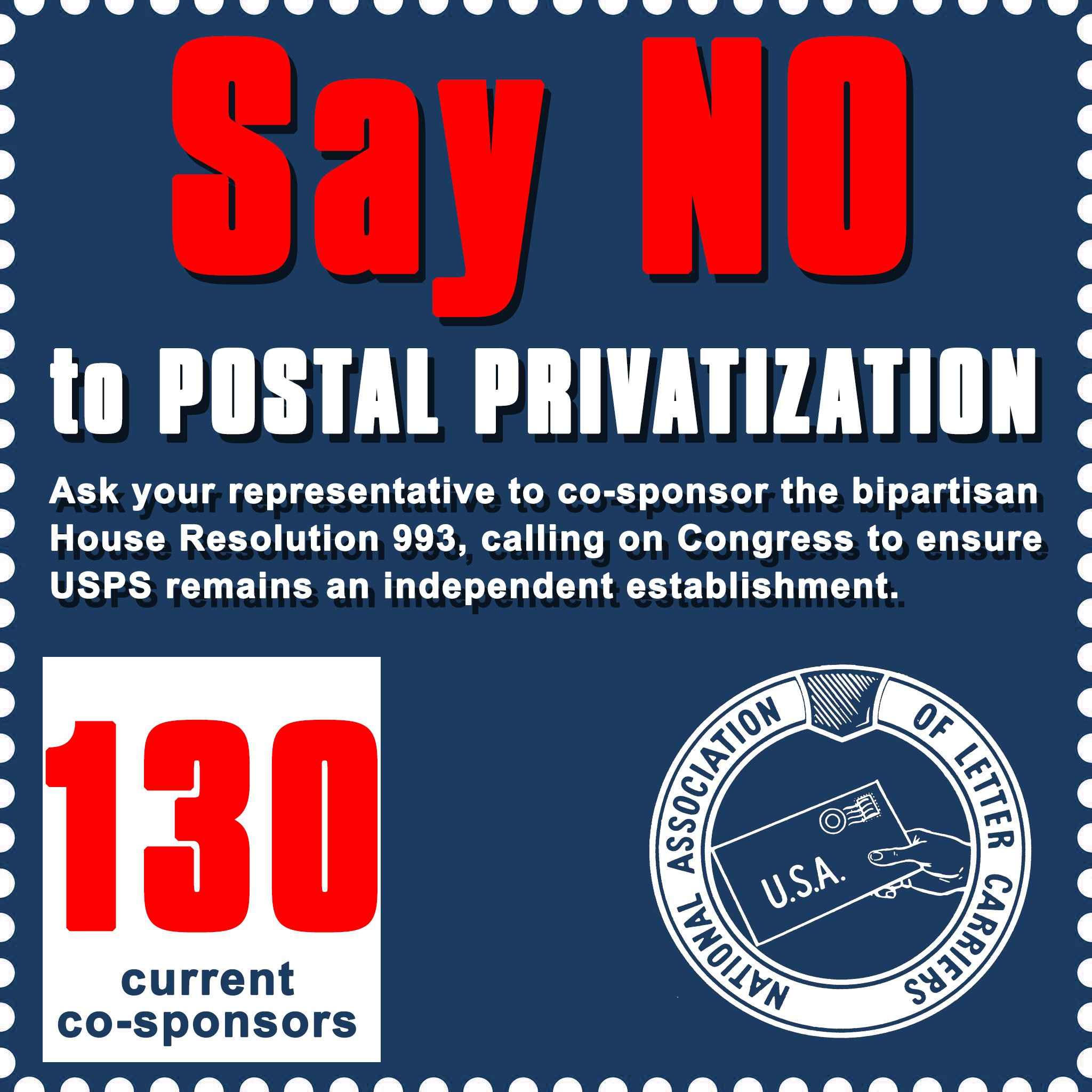