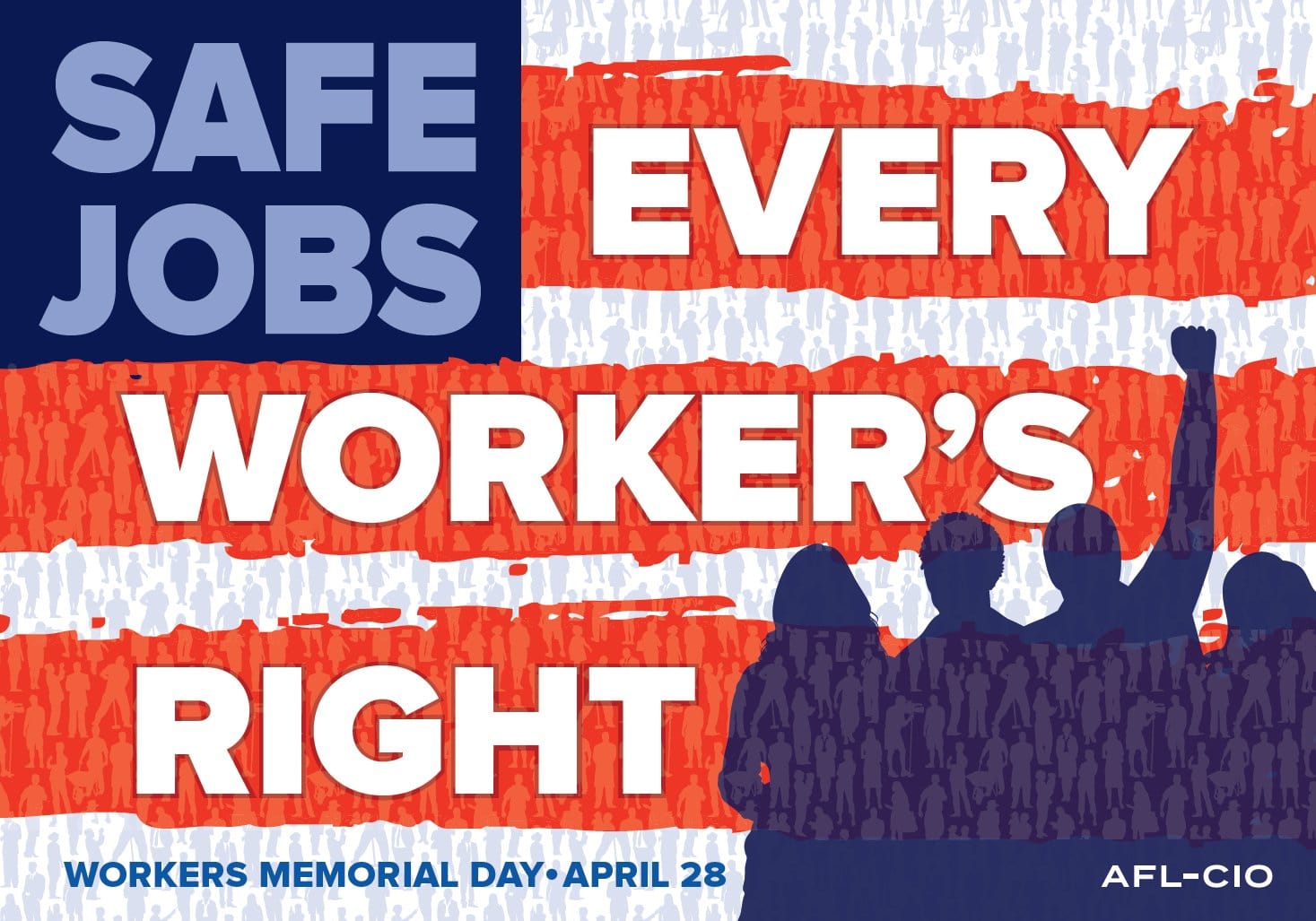 On April 28, the unions of the AFL-CIO observe Workers Memorial Day to remember those who have suffered and died on the job and to renew the fight for safe jobs. This year we will come together to defend hard-won victories by working people from attacks by right-wing Republicans and business groups. We will commit to fighting until all workers have safe jobs and the freedom to form unions to seek a better future.

The Occupational Safety and Health Act and Mine Safety and Health Act promise workers the right to a safe job. Unions and our allies have fought hard to make that promise a reality—winning protections that have made jobs safer, saved hundreds of thousands of lives and prevented millions of workplace injuries and illnesses.

But our work is not done. Each year thousands of workers are killed and millions more injured or diseased because of their jobs.

The safety and health gains we have won are now threatened. The Trump administration has launched an all-out assault on regulations. The president has ordered that for every new protection, two existing safeguards must be removed from the books. At the same time Republicans in Congress have moved quickly to overturn new rules issued by the Obama administration. Agency budgets and enforcement programs are on the chopping block. The safety and health of workers and the public are in danger.

We must fight back. We cannot and will not let them turn back the clock and destroy the progress we have made to make jobs safer and save lives.

Please join us on Workers Memorial Day as we continue the fight for safe jobs.