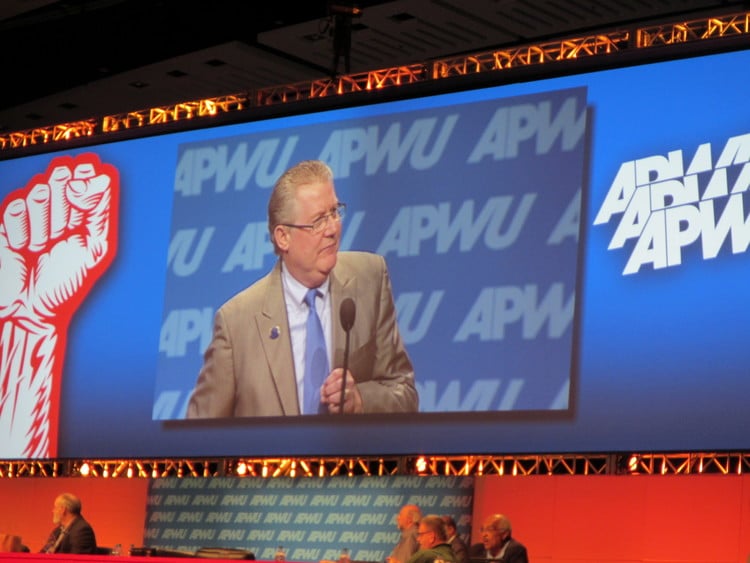 My opponent will continue to post his lies but I cannot continue to respond as I have a very demanding job serving the membership of this great Union. But here are some immediate observations.

1) My Opponent: Terrible Judgment
He has keep on an attorney for his Local and the NJ State organization for years that represented a lawsuit against the former Eastern Region Coordinator. This lawsuit was defended against by the APWU. This lawsuit was finally withdrawn but it cost our dues paying members $44,844.58 to defend against. Contact me for the details.

2) My Opponent: Pathetic Advocacy
He has only handled a handful of cases years ago in arbitration and lost almost all of them. Check it out on SEARCH. He then thankfully quit as an advocate many years ago.

Although he has run to be an NBA a number of times and now for Regional Coordinator, a prerequisite is that you have to have a demonstrated history as a winner in negotiating and arbitrating. If management knows you are just a bumbler why would they settle anything with you? I have a very, very long history of winning advocacy. Check it out on SEARCH.

In fact, just in my opponent’s home installation, I have won more tripartite jurisdictional disputes (the most challenging type of arbitration) than he has won total cases of any kind in his career. Check out the section on arbitration wins on my webpage, MIKEGALLAGHER2016ERC.com.

3) My Opponent: 3 Time Loser in National Election
He has run in the last 3 elections against my friend and one of the best and most talented National Business Agents in the country, Maintenance NBA Bill LaSalle. In 2007and 2010 he was rejected overwhelmingly in the membership’s vote. In 2013 he was eligible to be on the ballot again for Maintenance NBA but I talked him out of it and he withdrew before the deadline.

These kinds of nuisance candidates should be banned constitutionally from running over and over again.

5) My Opponent: Article 12 and Excessing
Our record in the Eastern Region is one of reducing or eliminating most excessing events. Ask your NBAs that are involved with me in every excessing event, Rachel Walthall, Bill LaSalle, Ken Prinz or Jeff Kehlert. My opponent has even mocked the locals in the area that have been excessed into his local as weaklings.

6) My Opponent: Now claims he is an Educator
Over the last 8 years I have run a Tri State Educational Conference in DE, NJ and PA and every year I ask him for suggestions of what programs to run and he never has had even 1 positive suggestion. And while I prop him up at the Tri State as a sponsor the reality is he hasn’t lifted a finger. He has never instructed any course at the Tri State in all these years.

7) The Grievance Procedure
My opponent complains about everything and does nothing but his point on the Grievance Arbitrator Procedure being broken is well taken. I have attempted to get the APWU out of the employer dominated Joint Arbitration Scheduling System by discussing this issue at a number of National Executive Board meetings and introducing Convention resolutions to go back to the prior method of scheduling. Please vote for this resolution at the National Convention.

One thought on ““A Pack of Lies” by Mike Gallagher”