In the early days of the parcel post, some parents took advantage of the mail in unexpected ways 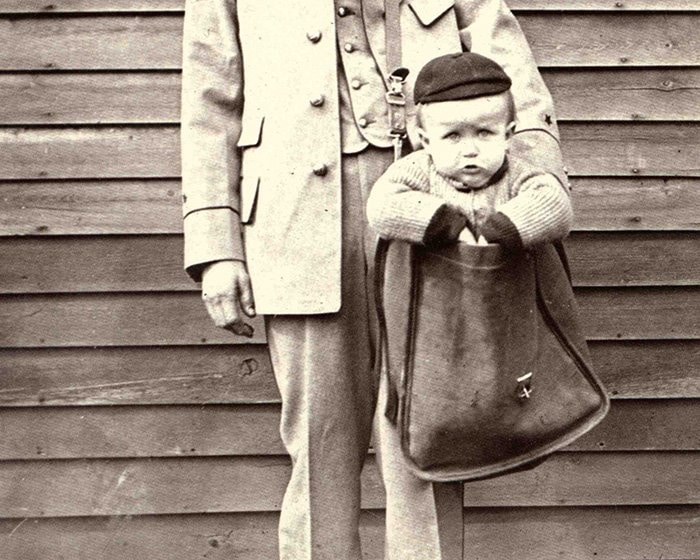 By Danny Lewis – June 14, 2016
One of the most overlooked, yet most significant innovations of the early 20th century might be the Post Office’s decision to start shipping large parcels and packages through the mail. While private delivery companies flourished during the 19th century, the Parcel Post dramatically expanded the reach of mail-order companies to America’s many rural communities, as well as the demand for their products. When the Post Office’s Parcel Post officially began on January 1, 1913, the new service suddenly allowed millions of Americans great access to all kinds of goods and services. But almost immediately, it had some unintended consequences as some parents tried to send their children through the mail.

“It got some headlines when it happened, probably because it was so cute,” United States Postal Service historian Jenny Lynch tells Smithsonian.com.

Just a few weeks after Parcel Post began, an Ohio couple named Jesse and Mathilda Beagle “mailed” their 8-month-old son James to his grandmother, who lived just a few miles away in Batavia. According to Lynch, Baby James was just shy of the 11-pound weight limit for packages sent via Parcel Post, and his “delivery” cost his parents only 15 cents in postage (although they did insure him for $50). The quirky story soon made newspapers, and for the next several years, similar stories would occasionally surface as other parents followed suit.