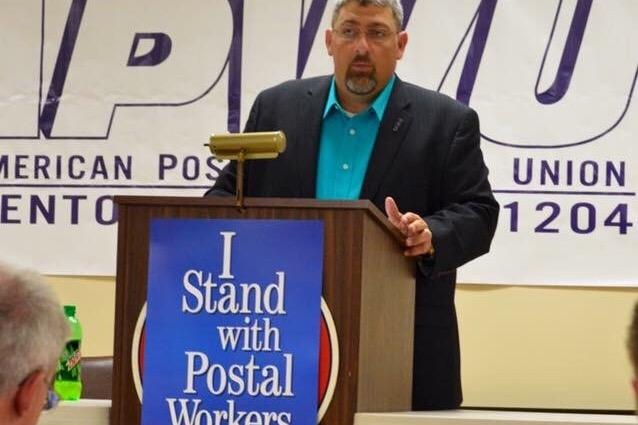 With your support and help, we can make a positive change in the Legislative and Political Department of the APWU.

As many of you may recall I ran for Legislative and Political Director of the APWU last election. I did so because of my love for the Union and wanted to better the lives of the members through good and positive legislation. Although I was not successful in that election, I never stopped doing what I could here in Ohio to better the lives of the members.

I have seen a steady decline in the APWU efforts in the Legislative arena. I have seen support for bills that will have a negative impact on both members and retirees if passed. Support of these type of bills go against my core belief, which is, an injury to one is an injury to all. The Union has been very quiet as to why we should support such legislation. Only discussing key items rather than being completely open on why turning the back in retirees and members is the proper thing to do. One must question when other federal unions do not support the bills the APWU supports, what is it their Legislative department sees that the APWU chooses to ignore. There needs to be transparency.

Now we see efforts to privatize the USPS. I was very open last election, that support for bad legislation would open the door to even worse attacks against the postal worker. The Legislative department cannot be short sited, they must look 5, 10 and 20 years down the road. The Legislative department of the APWU has become reactive rather than proactive. We must change the direction the APWU is headed or we will not recognize the USPS and the APWU in 5 years. The members must come first. 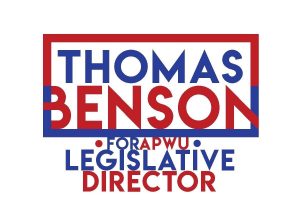 After careful consideration and seeing an obvious decline in the Legislative department, I am proud to announce my intent to run for Legislative and Political Director of the APWU. I will bring back respect, dignity and core union values to the Legislative Department. It’s not about the salary, it’s about the reality of the fights ahead of us. As a current employee of the USPS, with at least 20 years left in my career, every choice and decision I make will have the members best interest at hand. I will not have the option to support bad legislation and just retire and not face the consequences of my choices. The fact is, I’m one of you. I’m an active member, who works the on the workroom daily and the President of Local 1204. I will have every member and every retiree’s best interest in mind in every decision I make.

I am asking for your support and your help to make the APWU’s Legislative Department strong again.

I am proud to announce my intent to run for Legislative and Political Director of the APWU. Please show your support by donating to my GoFundme page. Any donations received will be used for my campaign. Help me bring a positive change to the Legislative Department of the APWU.