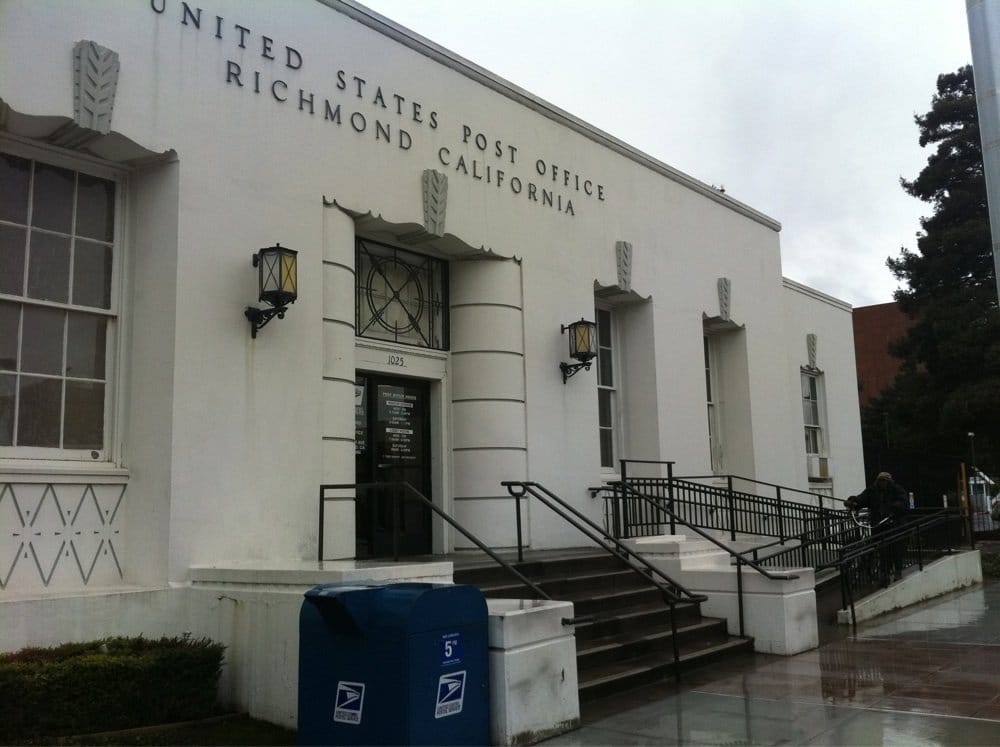 By Mike Aldax – June 12, 2017
A community town hall is scheduled Thursday night in response to the U.S. Postal Service’s plans to close the branch at 1025 Nevin Ave. and possibly relocate services to the Richmond McVittie Detached Delivery Unit at 2100 Chanslor Ave.

The town hall — hosted by the Iron Triangle Neighborhood Council and co-organized by the offices of Mayor Tom Butt, Congressman Mark DeSaulnier and the Richmond Main Street Initiative — is set to be held at 6 p.m. at Nevin Community Center, 598 Nevin Ave.

USPS says it eventually plans to sell the property at 1025 Nevin Ave. as part of a cost-saving measure. A decline in mail volume and an increase in electronic communication has continued to reduce the federal department’s revenue, officials said.

But local elected officials and residents said closing the Richmond Main Post Office would create severe hardships for residents and businesses, pointing out the McVittie site is not accessible by public transportation and sits at the intersection of two dead-end streets.

Built in 1938 as a New Deal project, 1025 Nevin Ave. was also praised for its central location and historic and cultural value. The facility will also be needed in the next five years, according to RMSI Executive Director Amanda Elliott, when infill projects bring nearly 1,000 new housing units and 60,000-plus square feet of new retail to the downtown corridor.

RMSI has launched a website advocating for continuing USPS service at 1025 Nevin Ave. 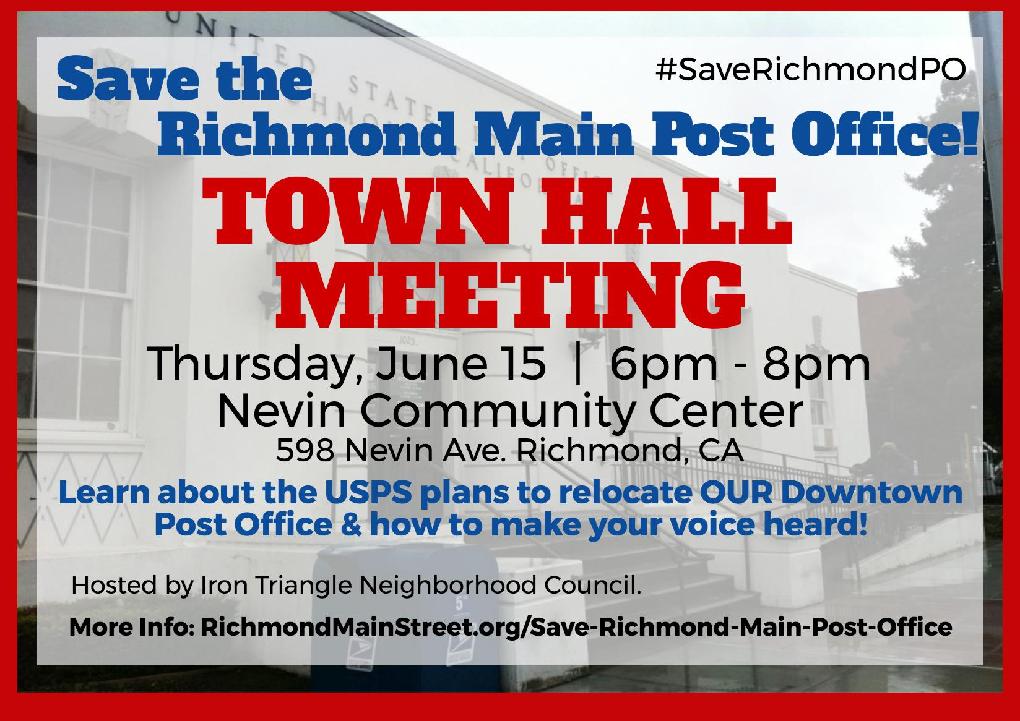