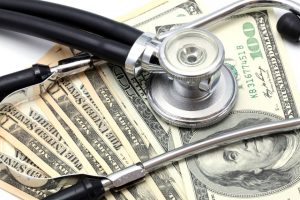 Whether you think your 2017 health premiums are going up an average of 4.4 percent, or 6.2 percent — and both numbers are accurate — the good news is that it could have been so much higher.

Many private sector group health plans are going up 10 to 20 percent next year and the number of plans available to people is shrinking. Overall the average premium in the FEHBP will rise 4.4 percent, with the government continuing to pay about 71 percent of the total premium for white-collar workers and retirees. The U.S. Postal Service, under its union contracts, pays an even larger share of the total premium. But the average enrollee share of premiums next year will actually rise 6.2 percent in 2017. This year (2016) the average enrollee premium increase was 6.4 percent.

Feds and retirees have been hit with some holy-smoke financial blows this year. Most jolting was the federal long-term care insurance program. Its premiums are going up an average of 82 percent. Some people will wind up paying 126 percent more, unless they dropped or changed their coverage. About 10,000 of the 274,000 people covered under the LTC plan won’t see any increase in their premiums.

Another downside for feds is the likelihood of a pay raise — the same 1 percent workers got this year and last year — with an additional 0.6 percent available for locality pay raises. The three back-to-back-1 percent raises came after a three-year period (2011 to 2013) when there was no across-the-board January pay raise. During the three-year pay freeze, a substantial number of employees did get 3 percent increases in the form of WIG (within grade), raises for time in grade and satisfactory service.

Retirees will feel the biggest hit when the new LTC and FEHBP premiums kick in. The cost of living adjustment for federal-military-Social Security retirees will be announced sometime tomorrow. Based on the most recent data (August) it’s likely to be a very small one, which will make the premium increase even harder to manage.

When the 2017 premiums were announced the Office of Personnel Management noted that over the past 6 years the average premium increase in the plan was 4.2 percent which was the “longest, lowest sustained period of low-cost growth” since the FEHBP was started. On the other side, both the American Federation of Government Employees and the National Active and Retired Employees said that was little consolation following years of tiny or zero raises for workers and COLAs for retirees. NARFE President Richard Thissen said that while the premium increases have been relatively low, they went up 27.8 percent during the same time period that workers got a total 3.3 percent in pay raises.

Bottom line workers and retirees are going to be asked to pay more for health insurance (again, unless they shop around) next year on a modest pay raise and an even more modest (as in tiny) COLA.