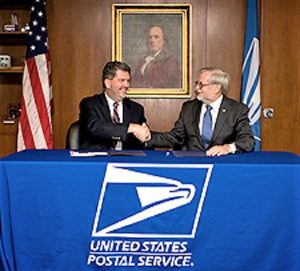 I know many things are said when it comes to politics and it’s easy to attack something you never have done yourself. For instances when President Trump attacks anything to do with the military. Or the crew that ran against the 2010-2015 CBA, but had never sat across the table at the HQ level with postal management. Remember we didn’t get a negotiated contract last time and this partially negotiated contract was rejected by the Rank & File Committee. So it appears that unless something changes this administration still has not negotiated a national contract.

Let me be perfectly clear and state that I don’t blame the current administration for failing to negotiate a contract, it isn’t easy and it takes years of experience and a willing partner in management. However, I am so tired of people attacking the 2010-2015 CBA when it has been exclusively relied upon over the past five years to secure EVERY advance we have made.

Re: Consideration of National Outsourcing Initiatives

The parties agree that it is in their best interest to meet and discuss national outsourcing initiatives at an early stage of the process. Once the Strategic Initiatives Action Group (SIAG) has determined that a proposed concept will involve significant impact on bargaining unit work and preparation begins on a memo detailing consideration of the five Article 32 factors, the Union will be provided notification. Union involvement at this early stage of the process is without prejudice to either party’s position regarding the determination as to whether there is a potential significant impact on bargaining unit work. Following receipt of notice, the Union will be afforded opportunities for briefings, meetings and information sharing as the concept is developed, costing models prepared, and a Comparative Analysis document drafted. The above process also will be utilized when an existing contract for a national outsourcing initiative is expiring and consideration is being given to rebid the outsourcing of the work. The parties understand that the purpose of the Memorandum of Understanding is to allow the Union an opportunity to compete for the work internally at a point in time contemporaneous with the outsourcing process and early enough to influence any management decision. The Union may suggest less restrictive work rules, mixes of employee categories, lower wage rates that may improve the efficiency and lower the costs of an in-house operation.

It was this newly negotiated language, the fact that witnesses lied and our rights under this language for the decision we received from the NLRB. And the reason Staples is no more. Does the current administration get credit for filing the NLRB once the Staples campaign took off, yes they do. They did a great job of making the arguments and once you read the award you will see President Dimondstein brought up the Staples issue every time he had the opportunity with upper management. But the language of the 2010-2015 CBA saved the day.

In fact if you go back through the APWU national web site under Web News Articles and really go back, EVERY accomplishment we achieved has been either directly or indirectly from the 2010-2015 CBA. To name a few:

When it comes to national level awards you only need read the first page and see what CBA was in dispute, you guessed it; it was the 2010-2015 CBA. Or look what Memo was relied upon to get new and better language for the members, you guessed it; it was the 2010-2015 CBA. Again, nothing wrong with the current administration using the gift they were given to make advances for the membership. But let’s stop running away from the 2010-2015 CBA when campaigning, when every accomplishment achieved was because of that CBA.

I watched the video that was posted on this site with each officer recommending a yes vote on the 2010-2015 CBA which was also unanimously approved by the R&F Committee at that time. I noticed that many of those folks ran on the current administration’s ticket last time. How is this so? Either all was forgiven or the ticket has realized that the 2010-2015 CBA was the best thing that ever happened for them.

The 2010-2015 CBA has been really good for postal workers, not so much for those who negotiated the agreement. It was a shame then and still is that we purged so many years of union experience at our national level based on politics and promises for a better tomorrow. Luckily for the current administration the 2010-2015 CBA has brought a better tomorrow for many postal workers.

I would like to thank everyone who had a hand in negotiating, recommending or supporting the 2010-2015. You know the old saying hindsight is 20/20? The politics of the day had many running from the 2010-2015 CBA. Ironically, the current administration will boast about all their accomplishments which in fact have them running toward the 2010-2015 CBA. Life is funny, that way.

P.S. It will be hard to read what I have written and not think it was all political. It really isn’t intended to be. It really is about the 2010-2015 CBA and what it has cost the membership in good leaders and at the same time brought great benefit to the membership.